She said she will make the constituency a better place for all.

•Buyu had vied for this seat for two times but in all times lost to Olago.

•She said she will make the constituency a better place for all. 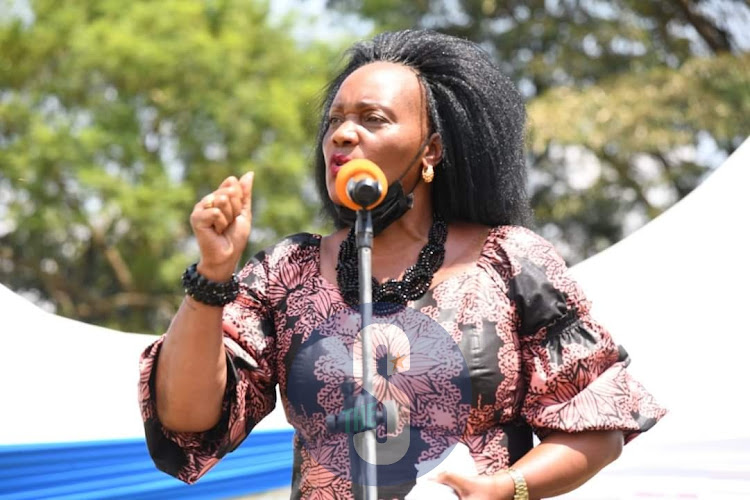 Olago has served the constituency for 15 years, and was in the verge of defending his seat for the fourth time as an MDG candidate.

He was first elected as an MP on ODM ticket in 2007, however in 2013, following the bungled nominations, Olago then defected to Ford Kenya where he served and was re-elected again.

After receiving her certificate Buyu thanked God for the win, her family members and the entire constituency for believing in her.

Buyu had vied for this seat for two times but in all times lost to Olago.

She said she will make the constituency a better place for all.

"We thank God. Wacha mungu aitwe mungu. Nobody believed we could do it. And you guys have done it," she added

She sent an olive branch to Olago saying that going forward they should work together to change the lives of the people within the constituency.

" Olago has served the people for 15 years. The mantle has fallen on me, and I request for his support so that we can continue working together for our people".

The constituency had a total of 82,927 registered voters. The voter turn out percentage was 71.2 per cent which the Returning Officer John Matekwa said was high.

Other candidates who vied for the position, Obiero Kennedy came in third place with 147 votes, Odhiambo William fourth with 108 votes and Oluoch Ray came in 5th with 89 votes.