They also urged all stakeholders and citizens to pursue any grievances that may occur.

• They also urged the stake holders to comply with the legal framework of Kenya and the country’s international obligations and commitments for democratic elections.

• The Commonwealth election observer group also called on Kenyans to commit to a peaceful electoral process. 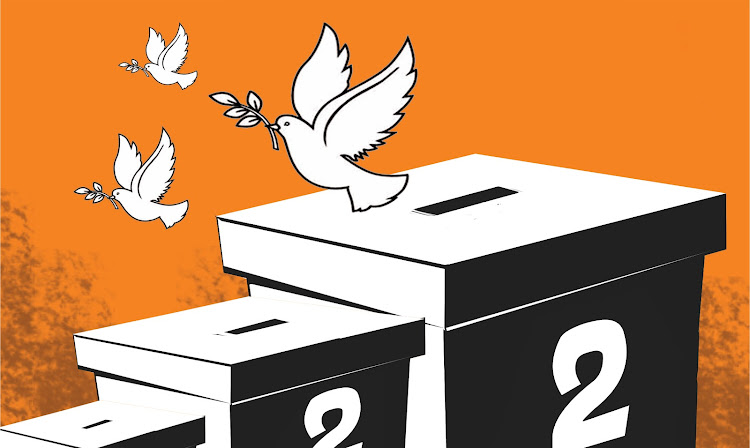 The heads of the international election observers have called on those with a specific mandate for the August 9 elections to conduct their responsibilities with the utmost diligence and transparency.

They urged the stakeholders to comply with the legal framework of Kenya and the country’s international obligations and commitments for democratic elections.

"We call on the leadership of all political parties and their supporters, as well as civil society, faith-based organisations to ensure a continuation of the calm and peaceful atmosphere during the remaining phases of the electoral process," they said.

They also urged all stakeholders and citizens to pursue any grievances that may occur peacefully and through the established legal channels.

"As we continue observing the electoral preparations across the country, we stand in solidarity with the people of Kenya in their desire for peaceful and credible elections."

The Commonwealth Election Observer Group also called on Kenyans to commit to a peaceful electoral process.

"Just as politicians have made a commitment to a peaceful election, we urge stakeholders, including the electorate, to commit to doing the same, consistent with the Commonwealth’s values and principles,” the former Jamaican Prime Minister, Bruce Golding, said upon the group’s arrival.

The team is in the country at the invitation of Commonwealth secretary general Patricia Scotland and will be deployed across the country.

The 20-member team has been selected from across the Commonwealth at the request of Kenya’s Independent Electoral and Boundaries Commission (IEBC).

Kenya goes to the ballot to choose its next president, and other leaders on August 9, 2022.

The ODM boss has been hinting at the composition of his government.
News
7 months ago

Managing elections and settling electoral disputes in Kenya: Lessons from the past

Factors within and outside IEBC and courts merge to complicate their work.
News
1 year ago