He said Uhuru is being dishonest by dictating his support to a specific coalition.

• Sossion said that decent politics involve an outgoing president handing over power to the next government without telling Kenyans whom to vote for.

• Uhuru has been campaigning for Azimio, urging residents to support the coalition in the upcoming elections. 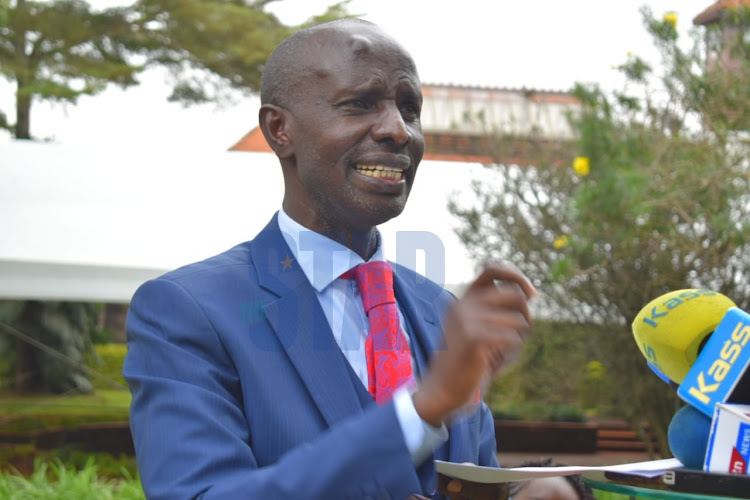 Nominated Member of Parliament Wilson Sossion has claimed that President Uhuru Kenyatta is mishandling his transition by supporting the Azimio camp.

Speaking at Citizen TV on Thursday, Sossion said that Uhuru is being dishonest by dictating his support to a specific coalition to win the August polls.

He said that Uhuru's body language is destroying the unity and moral fabric of the country.

Sossion said that decent politics involves an outgoing president handing over power to the next government without telling Kenyans whom to vote for.

"The nature of politics in the race to August polls is strongly issue-based and that is where we want Kenyans to focus on," he said.

Sossion said the interests of the president are not genuine and sincere.

He said that Kenyans should be given a chance to make their own decisions in the August elections.

He has also been campaigning for Azimio, urging residents to back up the team in the coming general elections.

He started warming up to his former political foe after the fallout with his deputy William Ruto.

The duo has been engaging in a war of words over Uhuru's support for Azimio.

Uhuru said Kenya will be safe with Raila as the driver and Karua as the conductor.
News
2 months ago

Kimani said Uhuru should focus on leaving office and not deciding for Kenyans on who to vote for.
News
2 months ago

Senator Moses Kajwang’ said Uhuru has been at building bridges in the last 10 years.
News
2 months ago