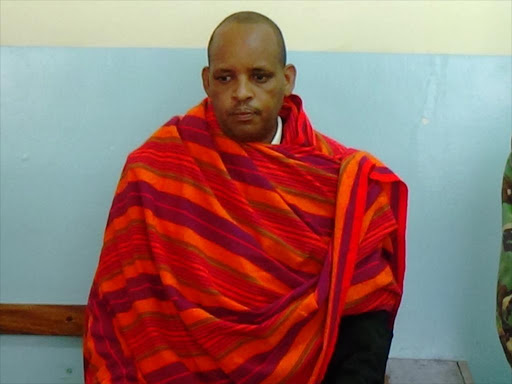 Lempurkel was set free by Milimani senior principal Magistrate Bernard Ochoi after the prosecution failed to prove its case against him.

While delivering the ruling, the magistrate found that the state failed to prove the charges against the accused and acquitted him.

"The prosecution has failed to prove incitement charges against the accused, I acquit him under section 210 of the CPC, "the magistrate ruled.

Earlier Director of Public Prosecutions Noordin Haji had amended the charges against him by introducing an additional charge of hate speech.

The former lawmaker denied that on July 17, 2021, while on Maa TV he made hateful remarks by uttering abusive and threatening words towards members of the white community in Laikipia county.

He had further denied that on the same date and place, he willfully and unlawfully made inciteful remarks in Maa language against the Kikuyus and said all conservancies and ranches within Laikipia belong to Maa community.

He had alleged that the investors may keep the land but the grass on those lands belong to the Maa community. An act that brought lawlessness within the county.

His defence lawyers had asked the court to take notice that the issues affecting Laikipia are the result of historical injustices and land issues, which need to be addressed at a national level.

The court heard that hundreds of people had been forced to flee from their homes as a result of the violence.

The defence team further argued that the words in the charge sheet were authored by officers in the DPP's office, and were not the exact words uttered by Lempurkel on a Maa TV.

Alleged to have uttered hateful words towards members of Kikuyu community.
News
7 months ago