Experts says the country needs the vaccine in anticipation of a possible monkeypox strike.

• US firm Tonix pharmaceuticals picked Kenya for Phase 1 clinical vaccine trial to develop TNX-8011 as a vaccine to protect against monkeypox and smallpox.

• The study for local development of the vaccine is expected to start in the first half of 2023. 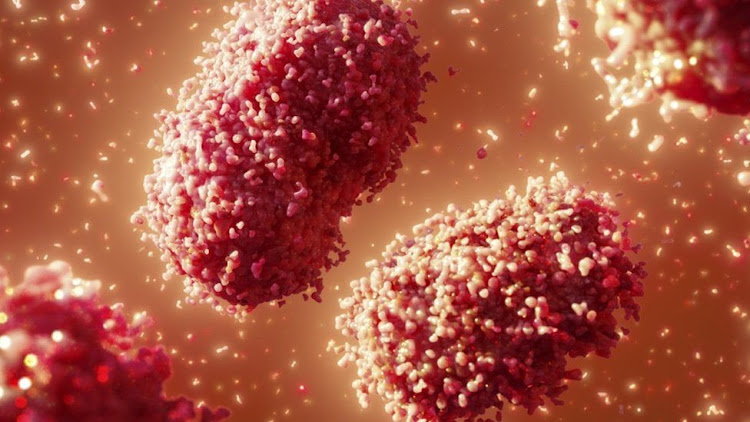 Monkeypox is similar to smallpox but less severe and less infectious too
Image: FILE

Experts want Kenya to develop a vaccine with low cold storage needs in anticipation of a possible monkeypox strike.

They say that despite the disease spreading in Central and West Africa, there is a likelihood of Eastern and Central Africa recording cases especially from foreign travellers.

“We want Kenya to be prepared with a vaccine that provides protection and can be widely deployed without the need for sterile injections or ulta-cold shipping and storage,” Matilu Mwau from Kemri said.

More than 5,000 cases of monkeypox have been identified outside Africa including in over 30 countries that were not monkeypox endemic.

Cases in the UK, US and other countries have mostly been reported among bisexual and gay men.

The disease is caused by a virus that is closely related to variola virus which causes smallpox.

The virus is transmitted from animals to humans and has symptoms similar to those seen in smallpox patients but is clinically less severe.

The World Health Organization (WHO) says the virus can be transmitted from one person to another by close contact with lesions, body fluids, respiratory droplets and contaminated bedding.

The incubation period for the disease is between six and 13 days.

According to Centre for Disease Control (CDC), the disease begins with a fever, headache, chills, muscle aches and exhaustion but unlike smallpox, monkeypox causes lymph nodes to swell.

Within three days, the patient develops rashes often beginning on the face and then spreads to the other parts of the body.

Experts say even though the West African strain which has recently spread outside of Africa has a low fatality rate, the Central African strain is reportedly fatal in approximately 10 per cent of infected individuals.

US firm Tonix pharmaceuticals picked Kenya for Phase 1 clinical vaccine trial to develop TNX-8011 as a vaccine to protect against monkeypox and smallpox.

Tonix Pharmaceuticals CEO Seth Lederman said TNX801 is a live virus vaccine believed to be closer to the smallpox vaccines used in the U.S. and Europe before 1900.

“People who received the live virus vaccine for smallpox before eradication appear to maintain durable protective immunity against monkeypox. TNX-801 has reduced virulence in animals and we believe it has the potential for widespread use to protect against monkeypox,” Lederman said.

The study for local development of the vaccine is expected to start in the first half of 2023.

It will be conducted in collaboration with researchers from the Kenya Medical Research Institute.

"Kemri is excited to plan these clinical trials with Tonix, and ultimately to lead the trials,” Kemri director general Samuel Kariuki said.

"We are grateful that Tonix is committed to sponsoring clinical studies and making TNX-801 available for this important study,” he added.

Mwau said the recent global monkeypox outbreak has presented the need for Kenya to be prepared with an efficacious vaccine that can provide durable immunity and block further transmission.

This means the situation has not necessarily grown out of control but has the potential to do so hence the need for an immediate international response.

WHO raised monkey pox classification to the level of global health emergency on July 25.
News
1 week ago

The classification follows a worldwide upsurge in cases all over the world.
Sasa
2 weeks ago
“WATCH: The latest videos from the Star”
by MAGDALINE SAYA REPORTER
News
04 August 2022 - 18:42