The rule on bail application will be ruled by Mr Orenge on Friday.

• “Given the nature of the offences, investigations into the matter cannot be completed within the legally provided 24 hours; we need a whole month,” he said. 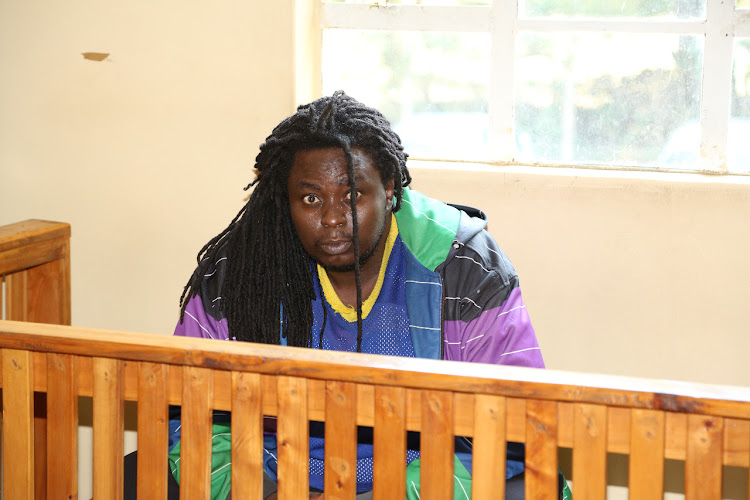 Detectives in Nakuru have moved to Nakuru Law Court seeking orders to detain a suspected 'confirm gang' mastermind for 30 days.

“Given the nature of the offences, investigations into the matter cannot be completed within the legally provided 24 hours; we need a whole month,” he said.

Nyachae presented the suspect before Principal Magistrate Isaac Orenge on Thursday and filed a miscellaneous application in support of his prayers.

The inspector linked Macharia to the murders of four women in the Mawanga area of Nakuru County, which occurred between December 2, 2021, and June 24, this year.

Detectives believe that Macharia alias Deko is the mastermind behind an organized criminal gang and trafficking of narcotics in the city and its environs.

“I am investigating the accused for the offence of trafficking in narcotic drugs on unknown dates within Nakuru County,” submitted Nyachae.

Nyachae informed the court that at the time of his arrest, Macharia was in possession of laptop and mobile phones which will be forwarded to the cybercrime unit for data analysis.

During his arrest, the police recovered a sack containing 11 kgs of dry plant material suspected to be cannabis, 49 rolls of dry green plant materials, Sh6,085, a laptop and three mobile phones.

“The Nakuru residents continue to live in fear of losing their loved ones and property as a result of the said offences committed by the organized criminal gangs,” said Nyachae.

Nyachae insisted that Macharia’s detention was necessary for the interest of the public and in the wider administration of justice for thorough investigations to be carried out. 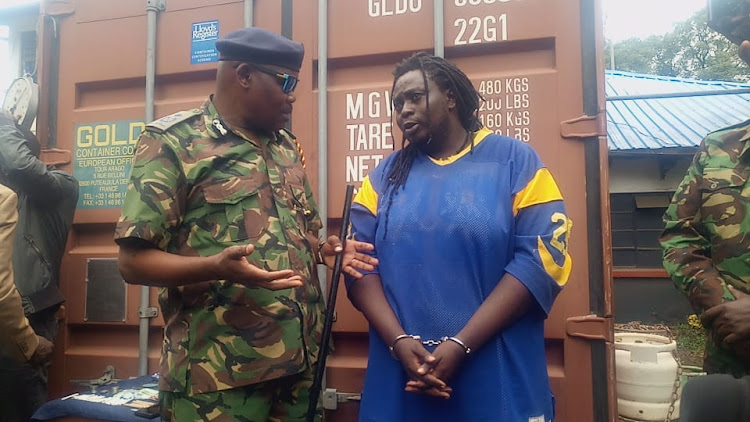 Detectives consider Macharia a flight risk if released on bail, noting that he allegedly has no permanent residence.

However, Macharia’s lawyer David Mongeri opposed the application saying that detaining Macharia without charging him was unconstitutional.

He also said that Macharia is not a flight risk since he is a family man and has a fixed aboard.

He wants Macharia to be released on reasonable bail, ordered to report to the investigating officers when needed and directed not to interfere with witnesses.

“The police have been investigating the suspect, his involvement in the murder cases and illegal activities. They arrested him for a reason and do not need 30 days to investigate,” Mongeri said.

He urged the court to allow the police to only detain Macharia for 24 extra hours.

The rule on bail application will be made by Orenge on Friday.

Dickson Macharia was arrested on August 3 and is suspected to be the 'confirm' mastermind and gang leader who has been involved in a spate of murder cases, Mpesa fraud and drug trafficking in Nakuru.

He is alleged to have led six other suspects in killing four women in the Mawanga area, Nakuru.

The six were arrested between June 29 and July 1 and have since denied the murder charges before the High Court.

The group is accused of being behind a string of murders in the region.
News
5 months ago

Goodies Nyanza has received since the 2018 handshake

The gesture has brought lots of progress in Kisumu county.
News
5 months ago

It will be easy for members of the public to reach security agencies 24-7.
Counties
5 months ago
Post a comment
WATCH: The latest videos from the Star
by JAMES MUNYUA
News
04 August 2022 - 18:36
Read The E-Paper