•The fall out between Uhuru and his deputy William Ruto is said to have started in March 2018 when the President did the handshake with long time political rival , Raila Odinga. 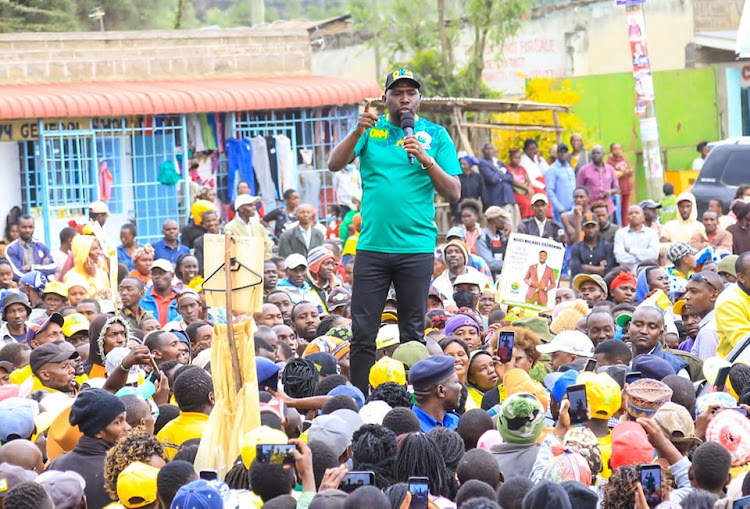 Elgeyo Marakwet Senator Kipchumba Murkomen has bashed President Uhuru Kenyatta's claims that he has built bridges in the last four years of his presidency.

Speaking on Citizen Tv on Tuesday night, the Senator claimed that his former party leader spent the last four years breaking every bridge he had initially built.

“We will be lying to the public if we credit President Uhuru Kenyatta for building bridges in our country. He spent the last four years breaking every bridge he made. There is no such a thing as building bridges when torturing, harassing and punishing your deputy,” Murkomen said.

He was responding to Homa Bay  Senator Moses Kajwang’ who said Uhuru has been at building bridges in the last 10 years.

“Uhuru has been good at building bridges. In 2013, no one thought Uhuru and Ruto would work together and in 2018, a handshake between him and Raila happened. I fail to understand why it has been demonized,” he added.

The fallout between Uhuru and his deputy William Ruto is said to have started in March 2018 when the President did the handshake with a long-time political rival, Raila Odinga.

As a result, political division was witnessed in all houses from Senate to the National and County assemblies, where politicians took sides over the issue.

When the second senate came into existence after the 2017 General elections, Senator Kindiki Kithure was the Deputy Speaker, Murkomen was the Leader of the Majority Party and Nakuru Senator Susan Kihika was the Majority Whip.

Uasin Gishu Senator Margaret Kamar replaced Kindiki as Deputy Speaker when he was removed after a majority vote in May 2020.

Kang’ata was ousted for warming up to Ruto’s political camp.

The changes came after senators allied to President Uhuru and ODM leader Raila Odinga christened 'the handshake team' met and struck a deal to avoid competition for the seat.

On the other hand, Senator Murkomen said President Uhuru only succeeded to tame the troublemaker.

He explained that the head of state has repeated publicly that he did the handshake with Raila so that peace would prevail in the country.

“ He (Uhuru) has gone public and told the people of Kenya that he shook hands with Raila because he did it for peace. This means that Raila was the trouble maker and the handshake tames him,” Murkomen added.

Wading into the presidential race, the Senator alleged that DP Ruto need no endorsement from Uhuru but it was assumed he would take over after him as a result of the party hierarchy.

“It was just natural in the party hierarchy that Ruto would take over Uhuru... With or without endorsement and no one would have called him a project because he has spent almost 4 elections supporting Uhuru,” Murkomen stated.

He accused the President of pushing a state project candidate after he destroyed the Jubilee Party.

“The president destroyed the Jubilee party, arrested, and did everything to destroy anything surrounding Ruto and picked another person, pushing him by force to the presidency and that created the project tag," Murkomen added.

However, Senator Kajwang noted that President Uhuru, just like any other Kenyan citizen, had the right to support any person he chooses.

“There has been alot of grieving from Murkomen’s side because Uhuru decided to support another person. Uhuru is a Kenyan and a citizen and has an individual right to support any person who presents himself for office,” he added.

Uhuru lied to us about handshake, says Muturi

On July 20, Uhuru announced that unga was going to retail at Sh100.
News
3 months ago

Uhuru roars back for Raila with only days to D-Day