10 counties that form the Mount Kenya region have 5.7 million voters.

•Rift Valley, which has 14 counties, has 5.3 million registered voters, while the 10 counties that form the Mount Kenya region have 5.7 million voters.

•Mt Kenya, which until the March 9, 2018 handshake appeared locked in favour of Ruto, has turned into a battleground. 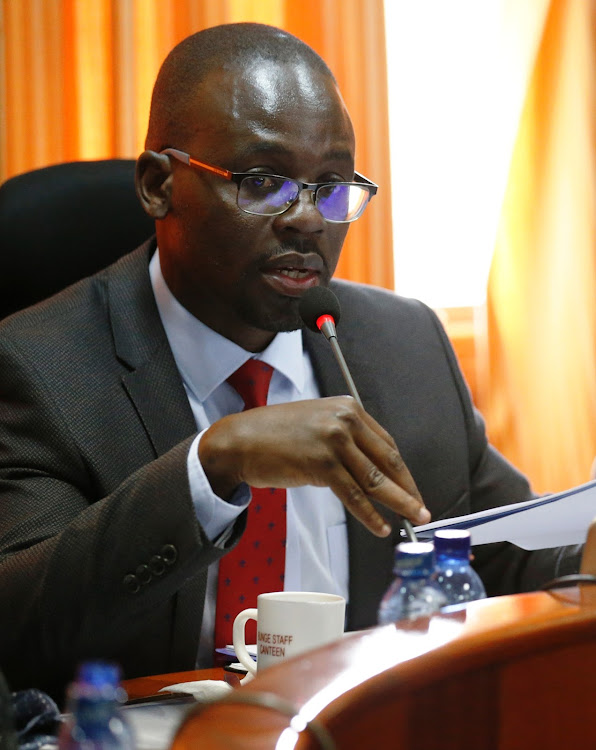 Homa Bay Senator Moses Kajwang’ has expressed dismay that Kenya's elections have been reduced to Mt Kenya region affair by candidates who have been salivating for votes from the region.

He explained that too much focus has been put on the region such that other regions seem not to matter.

“Everyone is trying to outdo themselves to appeal to the Mt Kenya region. As important as that region is to the contribution of the country’s GDP, I think it is unfair to other parts of this country," Kajwang added.

With the retirement of President Uhuru Kenyatta from politics, the Mt Kenya region was exposed with no presidential candidate from the two leading coalitions of Kenya Kwanza and Azimio La Umoja.

But the leading contenders- Raila Odinga and William Ruto-  were all looking to have running mates from the region to consolidate the votes.

Rift Valley, which has 14 counties, has 5.3 million registered voters, while the 10 counties that form the Mount Kenya region have 5.7 million voters.

Whereas the IEBC final voter register has 22.1 million registered voters, to win the election, presidential candidates are required to garner more than 50 per cent of the total number of votes cast.

They are also expected to get at least 25 per cent of votes in 24 counties out of the 47 counties.

Appearing to be the most largely homogenous political bloc and assumed to be the single biggest vote basket, both Raila and DP Ruto's choice of running mates had to come from the mountain.

With her record in the fight for democracy, her accomplishments as a leader, the gender factor and a clean name free from corruption allegations, Martha Karua was easily embraced by the mountain and Kenya at large and was picked as Raila’s running mate.

Rigathi Gachagua, packaged as a vocal champion of the Mt Kenya region’s interests and a leader who could stand up in the face of intimidation to secure the mountain’s interest, was chosen as Ruto’s running mate.

Mt Kenya, which until the March 9, 2018 handshake appeared locked in favour of Ruto, has turned into a battleground.

In just five days after the selection of running mate on May 16, 2022, the Azimio brigade combed through Kiambu, Kirinyaga, Embu, Meru, Tharaka Nithi, Nyeri and Murang’a.

Even as the August polls are six days away, both Kenya Kwanza and Azimio coalitions have made plans to visit some areas in the Mt Kenya region to ensure their votes are locked.

He has dismissed presidential polls which indicate Raila is in the lead.
Counties
2 months ago

Kagai (Narc-Kenya) and Kabiru (Jubilee) are locked in a bitter struggle to succeed Waiguru.
Counties
2 months ago

Ruto: I have never insulted Uhuru