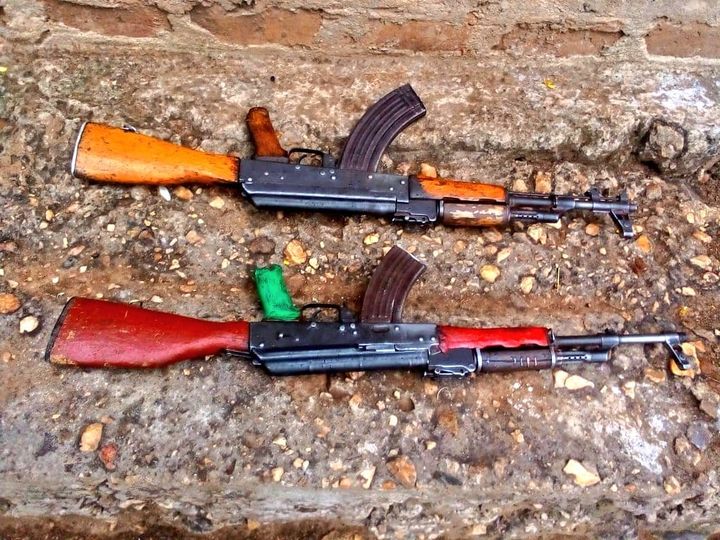 Two senior police officers are nursing wounds after they were injured as they led in a gunfight with armed men who were robbing motorists along the volatile Kalemngorok-Lokichar road, Turkana County.

Chief Inspector Mustafa Nyapara who is the Officer Commanding Station, Lokichar and Inspector Abdirahman Abdi, the Officer In Charge Kalemongrok Police Post were shot in the head and leg respectively in the Friday shootout that was prompted by calls from the road users.

A team of officers responded to the scene after receiving complaints there were about six gunmen who were stopping vehicles on the route at gunpoint and demanding cash, food, electronics and other valuables.

The team responded and confronted an ongoing robbery that prompted a shooting that left Abdi injured as the gunmen retreated.

They had robbed the crew of the vehicle and passengers of their mobile phones, cash and driving licenses.

Another team that responded was met with resistance that left Nyapara with a slight injury in the head.

Abdi was later evacuated to a private hospital in Eldoret while Nyapara was attended to and discharged.

Police said the gang escaped and no arrest or recovery had been made.

The route is notorious for highway robbers attacking and robbing motorists.

Most of the gunmen have been pushed from the nearby West Pokot region where security agents are conducting an operation.

Dozens of security agents are in the region to reinforce an operation aimed at ridding guns that are blamed on persistent insecurity and so far more than 30 assorted guns have been recovered.

Police said they hope to recover more of the weapons from illegal hands to ensure safety for all in the region.

“We continue to encourage those in possession of illegal firearms to take advantage of the immunity extended by the government and surrender their weapons to our security agencies and the National Government Administration Officers,” he said.

It is being conducted by multi-agency teams in the volatile areas of Elgeyo Marakwet, Baringo and West Pokot counties.

He blamed the violence on political incitement and expressed frustration at the lack of goodwill and cooperation from area leaders.

Dozens of people have been killed there and many displaced.

Some of the supporters, including women sustained head, chest and hand injuries.
Counties
6 months ago

Police escape death after herder alerts them of IEDs in Liboi