Mama Ida also drummed up support for Azimio Presidential candidate Raila Odinga who is the husband.

• Speaking during a rally on Saturday, she said Kenyans should not make the mistake of voting for the wrong leaders because of handouts. 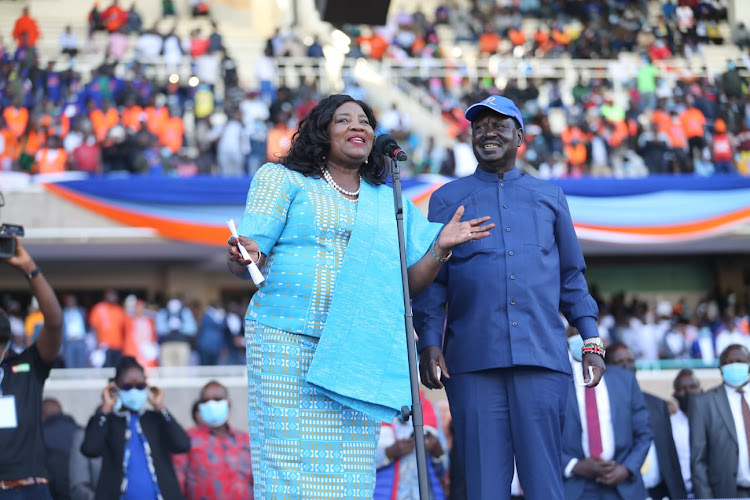 As the country heads to the August general election, Mama Ida Odinga has urged Kenyans to elect leaders who have the country's interest at heart.

Speaking during a rally in Migori on Saturday, she said Kenyans should not make the mistake of voting for the wrong leaders because of handouts.

"You cant waste your chances because someone has given you petty shillings, don't sell your birthright for small things, the mistake has been done, this is a rare opportunity that we have this year to elect leaders of integrity, leaders with ability, and leaders who can work to change our lives for the better," Ida said.

Mama Ida has been on the fore front campaigning for the Azimio coalition and leaders allied to it.

She urged the locals to vote for Raila, assuring them that he has the capacity to revive the country’s ailing economy.

“It’s only Baba who can do that, don’t be duped,” she added.

All Kenyan presidential aspirants have claimed that they are best placed to tackle the challenges facing Kenyans, should they be elected.

With just two weeks left to the general elections, presidential aspirants are not leaving anything to chance in their quest to woo Kenyans to elect them.

""I am at home and I cannot be chased away from my home."
News
5 months ago