• Officials said he has been studying peace and conflict management and has qualified to be conferred with the degree at the 51st graduation ceremony to be held on Friday.

• Kibochi said knowledge is necessary in the current dynamic and complex security environment, which they operating in. 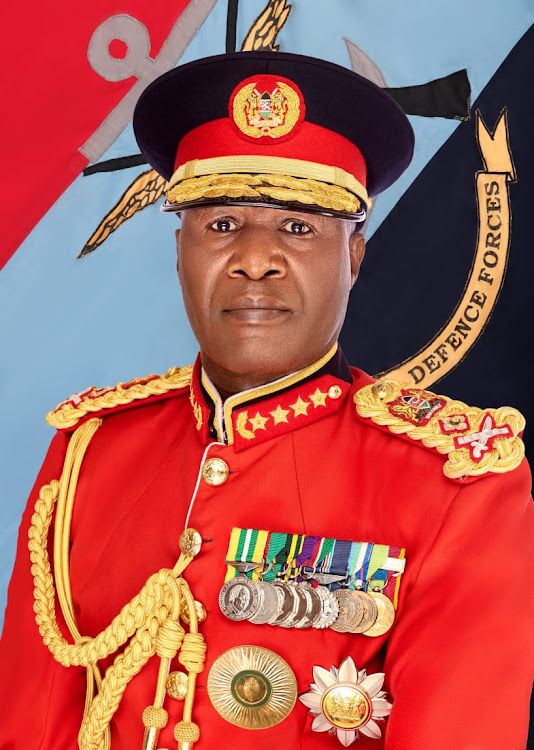 WIDENING HORIZONS: The Chief of Defence Forces general Robert Kibochi to get a PhD degree from Kenyatta University on Friday, July 22.
Image: KDF

The Chief of Defence Forces General Robert Kibochi is among PhD graduands of Kenyatta University.

He has been studying peace and conflict management and has qualified to be conferred with the degree at the 51st graduation ceremony to be held on Friday.

Kibochi said he is delighted and honoured to be conferred with the Doctor of Philosophy degree.

"For this, I am grateful to God and to everyone who supported me in this journey. I want to single my family and colleagues for their moral support.

"The journey has been long due to the nature of my work, but I had to burn the midnight oil to widen my educational horizons at the top of my scale," he said.

He said knowledge is necessary in the current dynamic and complex security environment, which they operating in.

"I also wish to congratulate all graduands who have successfully completed their studies in various fields, which has enabled them to participate in this 51st convocation ceremony of the university," Kibochi said.

“The general’s area of focus was on regional stabilisation efforts through collective security institutions in Eastern Africa,” she said.

Wanjiku said training and education of military personnel at the highest level continues to be a key focus aimed at professionalising the KDF, for enhanced mission readiness.

This saw the granting of a charter to the National Defence University on May 27, 2021 by President Uhuru Kenyatta.

“The KDF leadership under the stewardship of Kibochi has been in the forefront of implementing the vision of sharpening the arrowhead for mission readiness,” Wanjiku said.

For Kibochi, the conferment of PhD is a huge milestone given his rise in the service.

Since his appointment as Chief of Defence Forces in May 4, 2020, Kibochi who was enlisted into the Kenya Defence Forces on May 18, 1979 has been pushing for a mission ready slogan.

He has held various command and staff appointments including vice chief of the Defence Forces and commander of the Kenya Army.

Other appointments include chief of staff at the Eastern Africa Standby Force, SO1 records at headquarter Kenya Army, SO1 comms HQ KA, SO1 mobilisation DHQ, SO1 comms CIS DHQ and SOII operations and training at the HQ of the Corps of Signals.

Kibochi has a Master of Arts degree in International Studies, Masters in Computer Based Information Systems and a Bachelors of Technology in Communication and Electronics Engineering.

Njiru has served as an Aide de Camp to both the late President Mwai Kibaki and Uhuru.
News
6 months ago

General Kibochi spent time with some of the patients at the facility and later presented gifts.
News
1 year ago

Level 4 military hospital to be commissioned in Kahawa, Nairobi.
News
1 year ago