Gachagua: I am worth Sh800 million

The Mathira MP insisted that he is not a billionaire, as is publicly claimed.

• "I'm worth Sh800 million minus the Sh200 million they are holding," Gachagua stated. 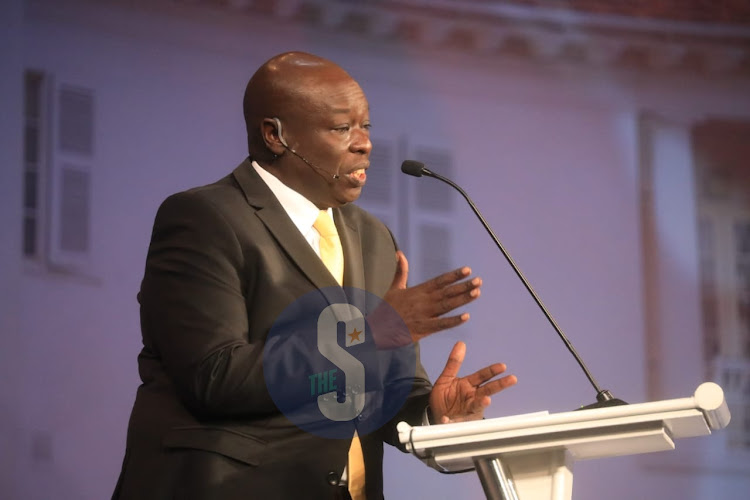 Kenya Kwanza deputy presidential running mate Rigathi Gachagua has said that he is worth Sh800 million.

Speaking on Tuesday, the Mathira MP insisted that he is not a billionaire, as is publicly claimed.

"I'm worth Sh800 million minus the Sh200 million they are holding," Gachagua stated.

He added that the money he has is well documented because he is a businessman and he made it during the tenure of former President Mwai Kibaki when the Kenyan economy was thriving.

Gachagua explained that the Sh200 million held by the government is money he has had for years, but no one questioned it when he supported the current government.

He said that his woes started when he refused to heed to President Uhuru Kenyatta's call to support former Prime Minister Raila Odinga, but chose to work with Deputy President William Ruto.

During the debate, Azimio presidential running mate Martha Karua also disclosed that she is worth Sh150 million.

"I think just about Sh150 million and that is because the Sh56 million I had declared in 2013 has appreciated because of the inflation," Karua said.

"I haven't had any new properties but I'm a person many may not understand. I have no thirst for land, I'm not thirsty for worldly goods," Karua added.

She denied owning any land in Kirinyaga county saying she is content with what she has.

"I do not have an iota of public land anywhere," Karua said in response to allegations by UDA running mate Rigathi Gachagua that she owns land in South Gariama.

"And I challenged the current administration that is in power in Kirinyaga that if there is truth to that allegation then they must swiftly take me to court."

She said inflation pushed up the Sh56 million she declared in 2013.
News
2 months ago

Karua also said she and Raila are projects of the people of Kenya, not Uhuru's projects.
News
2 months ago

"Had Uhuru allowed Ruto to help him rule on the second term, Kenyans would not be here."
News
2 months ago

I don’t take alcohol; I wake up early ready to serve Kenyans - Gachagua