ODM sending emissaries to woo me back to Azimio -Wetang'ula

• The Kenya Kwanza Alliance co-principal said he crossed the Rubicon when he teamed up with Ruto and other like minded leaders to form Kenya Kwanza.

• “Who does not know that I had a noisy and messy divorce with ODM?” Wetangula posed. 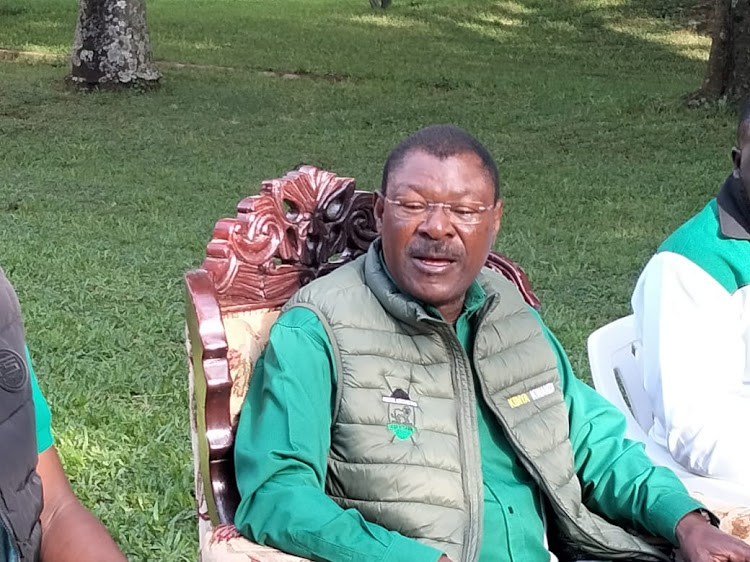 Bungoma Senator Moses Wetang'ula now claims that the ODM party has been sending emissaries to convince him to abandon William Ruto.

In a statement on Thursday, the Kenya Kwanza Alliance co-principal said he crossed the rubicon when he teamed up with Ruto and other like-minded leaders to form Kenya Kwanza.

“Who does not know that I had a noisy and messy divorce with ODM?” Wetang'ula posed.

“They are now the casualty. They have been desperately sending clandestine emissaries to me but I have told them I am like a Roman soldier!! Once he crossed the Rubicon, he can only come back with victory or be killed on the battlefront.”

The senator insisted that politicians like MP Junet Mohamed will soon be stopped from their malicious misadventures.

His statement follows an accusation by the Raila Odinga-led ODM linking him to Greek ballot printers, Inform Lykos (Hellas).

Wetang'ula denied the claims, saying that he was not aware of such plans and any of the individuals that had been mentioned.

Suna East MP Junet Mohamed alleged he was involved in a plot with the Independent Electoral and Boundaries Commission to rig the August 9 general election.

He alleged that IEBC chairman Wafula Chebukati and senator Wetang'ula were the conveners of a meeting held in Karen to discuss the ballot paper tender.

Junet claimed that a deal was hammered out during the meeting to have Greek ballot printing firm,  Inform Lykos (Hellas), granted the tender to supply 200 million ballot papers.

He alleged that the officials of the Greek firm visited Kenya disguising themselves as potential investors in Bungoma County.

Junet claims it is during the meeting that a deal was hammered out.
News
2 months ago