The aim of the program is to strengthen the country’s cyber security. 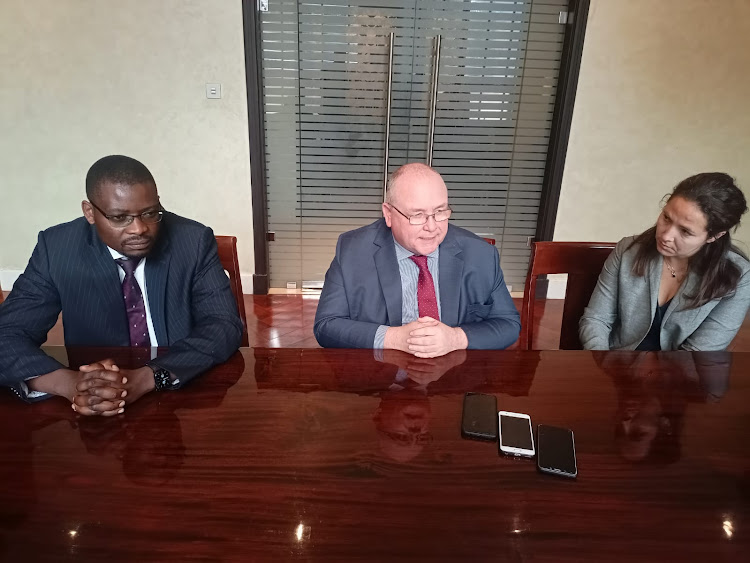 Kenya’s fight against cybercrime got a boost on Tuesday after the Commonwealth launched a training program to sharpen the skills of the country’s IT professionals and civil servants to help tackle the menace.

The Common Wealth secretariat launched the training dubbed “The Commonwealth Africa Cyber Fellowship program” which had its inaugural conference at a Nairobi hotel on Tuesday.

It has 20 participants drawn from 12 African Commonwealth countries.

The aim of the program is to strengthen the country’s cyber security and anti-cybercrime laws, policies and institutions.

The program comes amid multiple reports of cyber-related crimes in the country in which banks, institutions, and individuals have suffered massive financial heists.

Just last month, the DCI said its officers had arrested two Kenyatta University students for allegedly hacking people’s credit cards and using them to purchase Bitcoins which they then convert to Kenyan currency.

The arrested suspects were in the company of two young ladies during a raid on Wednesday at an apartment in an upmarket neighbourhood in Nakuru.

Andy Chadwick, the first secretary in the foreign office in charge of Africa Cyber network said Kenya was doing well in investing in cyber security, being among the top in the Commonwealth.

He said the country was number five among the countries that had considerable investment in cyber safety, singling out the creation of a cyber security entity to take lead in the efforts.

The two-day training will see fellows "explore solutions required to address the increasingly complex types, scale, and impact of cybercrime in [the country]."

It says the fellows will also "consider the options for African countries' involvement in different anti-cybercrime treaty frameworks including efforts initiated by the UN General Assembly to create a global cybercrime treaty."

The Commonwealth’s fellowship program is mounted in partnership with an organization known as Protection Group International.

It is funded by United Kingdom’s foreign office.

The organizers told reporters that they have brought together experts from different fields, including law enforcement, judges and magistrates, bankers, and academics among other professionals to share experiences.

Tawanda Hondora, the head of rule of law division at the Common Wealth’s secretariat said the program “have sufficient funding from our department” and that it aims to have cutting-edge technologies that enable robust cyber safety from malign actors designed.

The secretariat says that Africa loses some $3.5 billion to cybercrime annually and that the training was timely in helping stop it.

"Recent reports estimate that cybercrime has cost African economies $3.5 billion USD, and as a result, stalled economic and industrial development, destroyed lives and livelihoods, shredded social fabric, and increased the exploitation of vulnerable communities, including women, girls and the elderly," it said in a statement.

The greatest security threat of the post-truth age

It is becoming increasingly difficult to make sure everyone is well-informed.
Sasa
1 month ago

As e-commerce continues to grow, cybercrime is on the rise.
Business
1 month ago
WATCH: The latest videos from the Star
by GORDON OSEN AND JULIUS OTIENO
News
05 July 2022 - 19:57