"It is not good for them to air their insults in public before Kenyans who voted for them."

• Obanyi said that even though the two leaders fell apart, it is not ethical for them to be engaged in a public spat. 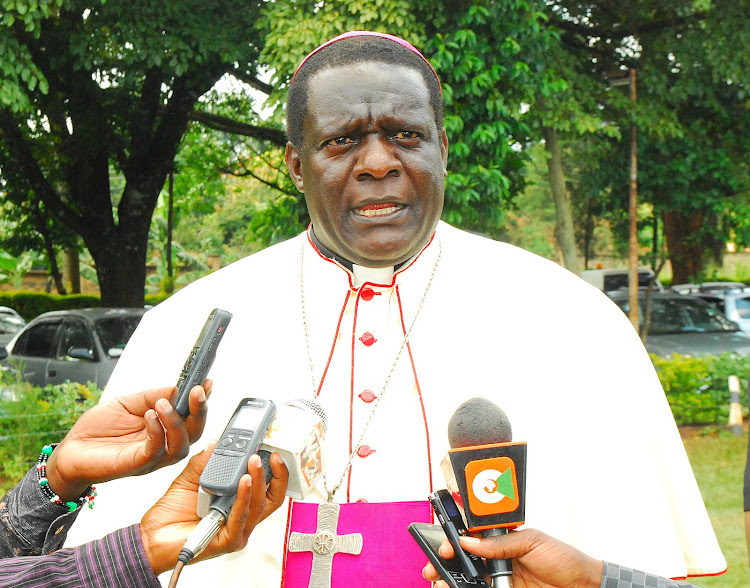 Speaking on Sunday, Obanyi said the clergy group, however, did not succeed.

Loosely translates to, "Some of us tried to talk to them and even show them our commitment to helping them reunite but it looks like their conscience were not willing."

Obanyi said that even though the two leaders fell apart, it is not ethical for them to be engaged in a public spat.

"It is not good for them to air their insults in public, to the very Kenyans who voted for them," he added.

"You are elected leaders, you lose some rights to say certain words in public," Wainaina said.

On Saturday, during the celebration of the 100th International Co-operatives Day, Uhuru lashed out at his Deputy, saying he had  8 years to implement most of the development pledges he is issuing now.

" I am saddened to see some people talking out there. Someone has been given a job instead of doing it he is just making empty talks. Then the same person starts saying he will do this and that".

Speaking on Sunday in Meru, Ruto weighed in on the remarks, saying the President is aware that he can lead Kenya well.

He defended himself from the criticism saying he did his best to implement several development projects before he was elbowed out of government.

"Many know my track record during our first term as Deputy President. We built a 700-kilometre railway, we built 10, 000 km of road and connected 8 million Kenyans to electricity," he added.