•Evans Michori Kibwaro was smoked out of his hiding place in Kisii, tens of miles from where the crimes were committed. 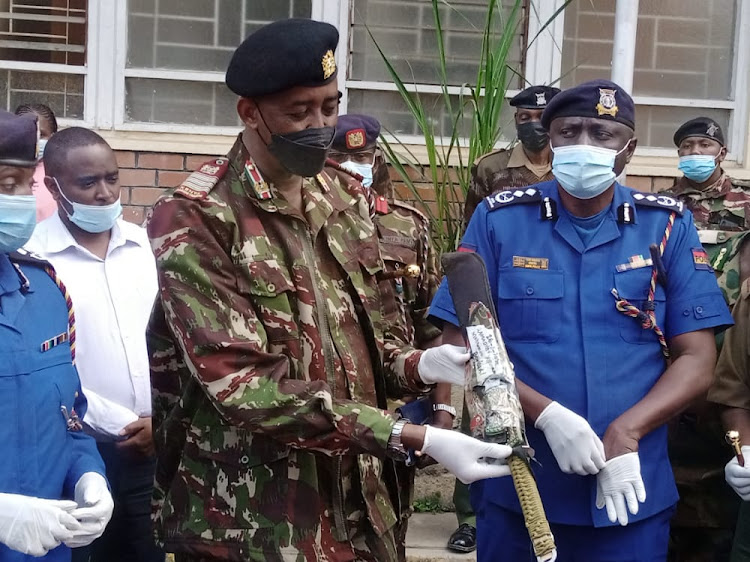 The main suspect in a series of murders that have left residents of Nakuru's Bahati Sub-County in fear has been arrested.

Evans Michori Kibwaro was smoked out of his hiding place in Kisii, tens of miles from where the crimes were committed.

"Kibwaro was ferried back to Nakuru immediately after the arrest and had shared vital information with the detectives," he said.

Sunguti said the suspect identified five of his gang members and led to their arrest at a rented house in Kivumbini Estate.

"The gang members have rented a big house and shared out the rooms among themselves," said the CCIO.

He said preliminary investigations showed that Kibwaro was the ring leader of a criminal gang that has been attacking women and girls in their homes where they rape and kill them by strangulation before burning their bodies.

The murders have caused fear among Nakuru residents as the criminal gangs that have infested City Estates seek to infiltrate the peri-urban areas of Bahati, Gilgil and Rongai Sub-counties.

The murders have occured in Mawanga, Workers and Ngomongo areas of Bahati Sub-county.

On Wednesday this week, Interior Cabinet Secretary, Fred Matiang'i led a top security team to Nakuru and declared war on the criminals.

The CS vowed to deal with the criminals ruthlessly and asked human rights organizations not to interfere.

On Friday, Sunguti said a multi-agency security team was going to sweep the gangs and make Nakuru safe for all.

He warned residents against allowing people who pretend to be government officers into their homes.

"The thugs pretend to be agents of the main service providers such as Kenya Power Company or Nakuru Water and Sewerage Services Company and residents should avoid opening their gates for them," he said.

Kasarani OCPD promoted to Nakuru commander in wake of insecurity

This follows a spate of killing and manifestation of criminal gangs in Nakuru.
Counties
2 months ago