•Ruto has been on a charm offensive to woo the region that is part of Raila's Nyanza stronghold. 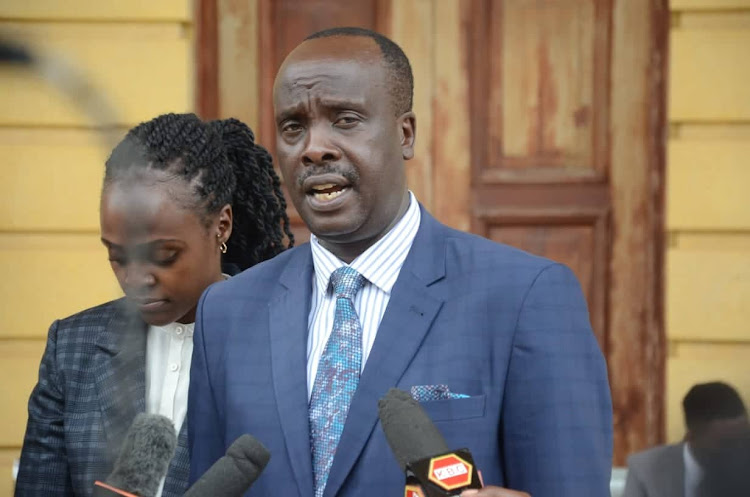 Lawyers and other professionals from the Abagusii community have thrown their weight behind Azimio presidential candidate Raila Odinga and tasked Interior CS Fred Matiang'i to push for their interests within the coalition.

The over 500 professionals on Thursday met at the Serena Hotel in Nairobi and demanded that Raila makes concrete deals with leaders of the Abagusii community to cement their stake in the party.

They said the Azimio la Umoja coalition was the more likely side to win the August 9 presidential election and thus their decision to push Matiang'i to champion their stance in President Uhuru Kenyatta's succession battle.

Led by lawyers Danstan Omari and Stephen Mogaka, the professionals said politicians from the Abagusii region have failed to properly articulate the demands and interests of the community.

"It is unfortunate because nobody knows what is the stake of Gusii community after the elections. We need to know what we will get as a community from the political class,” Omari said.

The Abagusii region that comprises both Kisii and Nyamira counties has more than one million votes and has been touted as a key battleground for Raila and his presidential rival William Ruto of UDA.

Ruto has been on a charm offensive to woo the region that is part of Raila's Nyanza stronghold.

Mogaka said the region's vote basket is significant and called on leaders to speak with one voice for their fair share of the national cake. The West Mugirango MP candidate said members of his community have yet to benefit from appointments to plum government positions.

They asked Matiangi to move forward and negotiate for the region.

“There are dozens of seats being dished out in the government now ahead of the transition. The only person who can help is the CS and he must move forward now,” he said.

The group criticised politicians from Nyamira and Kisii counties who have been attacking  Matiang'i, saying they were blind to the plight of the region.

The CS had been scheduled to attend the meeting but did not show up as he was held up by other engagements.

The group developed a memo detailing their demands which they said will be presented to the minister.

They asked Kisii Governor James Ongwae to upgrade his politics to the national level so many members can represent the region at the top.

Ongwae is exiting after serving his two constitutional terms at the helm of the country administration.

“He should leave Kisii and come to Nairobi where he should be helping the Azimio coalition in many ways,” Mogaka said.

Says he deserves to be the country's fifth president because of his fight for democracy.
Counties
1 month ago

The counties are set for one of the fiercely contested elections in August.
Opinion
2 months ago
WATCH: The latest videos from the Star
by STAR REPORTER
News
01 July 2022 - 10:33
Read The E-Paper