The Azimio coalition has leveraged music to pass messages to their supporters.

•She was featured alongside popular TikToker Joe Wachira Nyokabi, who rekindled the popular "Harooo! Asimioo!" phrases in the song. 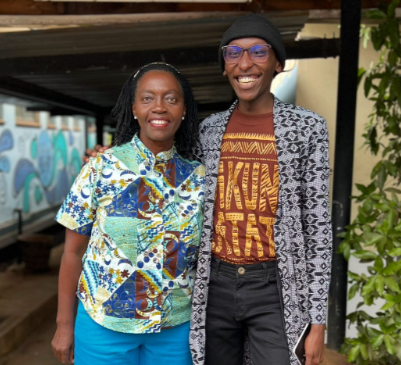 Azimio presidential running mate Martha Karua has had the privilege of being featured in a song that lauds efforts made by women in bettering the society.

She was featured alongside popular TikToker Joe Wachira Nyokabi, who rekindled the popular "Harooo! Asimioo!" phrases in the song.

Heko Mama is a campaign song for Martha Karua and Raila Odinga.

It acknowledges the appointment of Karua, as Raila's running mate, as huge win for women who have contributed immensely to the wellbeing of the country.

Here is the song courtesy of Boniface Mwangi:

It also rallies women to back Raila, Karua ticket for the presidency.

The Azimio coalition has leveraged music to pass messages to their supporters and drum up support for their presidential bid.

In an analogy, Raila equates his supporters to an army, bullets to a voter's card.

He finishes his speeches more often by chanting "vijana fire! Vijana fire!" as a way of tasking his fans to commit they will turn out in large numbers and vote for him in the August polls.

Raila burns the dance floor in new music with Bahati

This is the second music collaboration that Raila has been featured.
News
5 months ago

His new music video which is now on YouTube was released at 11:00 am on Tuesday.
News
6 months ago
WATCH: The latest videos from the Star
by PURITY WANGUI
News
30 June 2022 - 15:17
Read The E-Paper