They claim the deal was signed in meeting disguised as Raila's birthday party.

• They claimed that the deal to hand over the ports was signed on March 1, 2022 by Treasury CS Ukur Yatani.

• He claimed that the deal was signed in the guise of people attending the former Prime minister Raila Odinga's birthday in Mombasa. 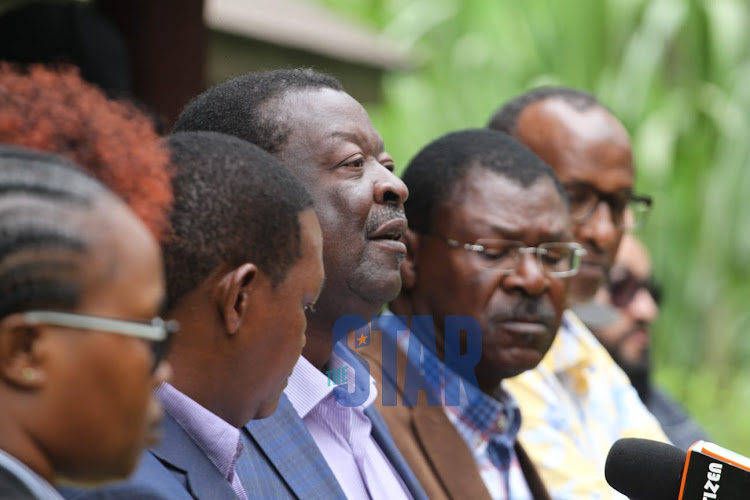 In a statement read by ANC leader Musalia Mudavadi, the alliance said Uhuru illegally sold the ports of Mombasa, Lamu and Kisumu.

They claimed that the deal to hand over the ports was signed on March 1, 2022, by Treasury CS Ukur Yatani.

"In a secret deal under the guise of an Economic Cooperation Agreement with the United Arab Emirates, and which epitomises grand corruption; Uhuru has assented to a rip-off that will see a foreign privately registered entity – Dubai Port World FZE – take over these key national infrastructural assets," Mudavadi stated.

The Star, however, could not independently verify the claims by Kenya Kwanza leaders by the time of going to the press.

We commit to fact-check the claims in our subsequent reporting even as we wait for evidence the Kenya Kwanza Alliance pledged to service us with.

In his presentation, Mudavadi claimed that the deal was signed in a meeting disguised as prime minister Raila Odinga's birthday party in Mombasa.

"This deal was mooted in a meeting in Mombasa disguised as Raila’s birthday party attended by outgoing President Uhuru Kenyatta, Raila Odinga and the Governor of Mombasa Ali Hassan Joho among other state capture agents who are the principal beneficiaries of the deal." 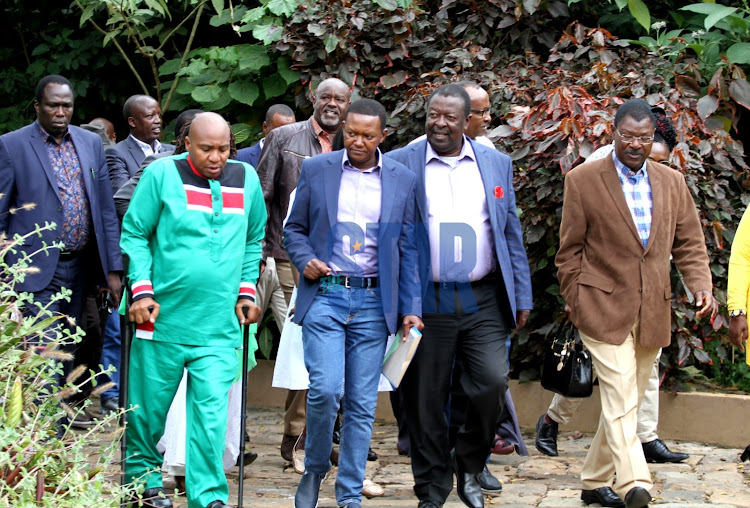 Dubai Port World FZE will also take charge of the development and operation of cold chains and logistic parks at both Kisumu and Naivasha ports.

They also demanded to know the process used to award the tender they termed as 'could be the biggest corruption scandal' the country has ever experienced.

"Kenyans want to know the details of the contract and whether it adheres to procedures for the identification, selection, feasibility study, pre-tender approval, tendering, negotiation, post-tender approval, monitoring and evaluation of the projects as provided for under the PPPA," the statement said.

They also demanded to know why there was a lack of public participation, violation of Article 227 of the Constitution and the Public Procurement and Asset Disposal Act, 2015 and Non-involvement of Parliament.

Kenya Kwanza noted that counties were also not involved in the process, as well as cabinet approval, and public interest was also not considered.

Inside Kenya Kwanza plan to unveil charters in county rallies

The coalition will on Thursday sign the county charters as well as launch its manifesto.
News - Page 6
1 month ago