• Destruction of government infrastructure and installation is considered an economic sabotage and will not be condoned.

• The Kenya Power security personnel confirmed that the suspect does not work with the parastatal. 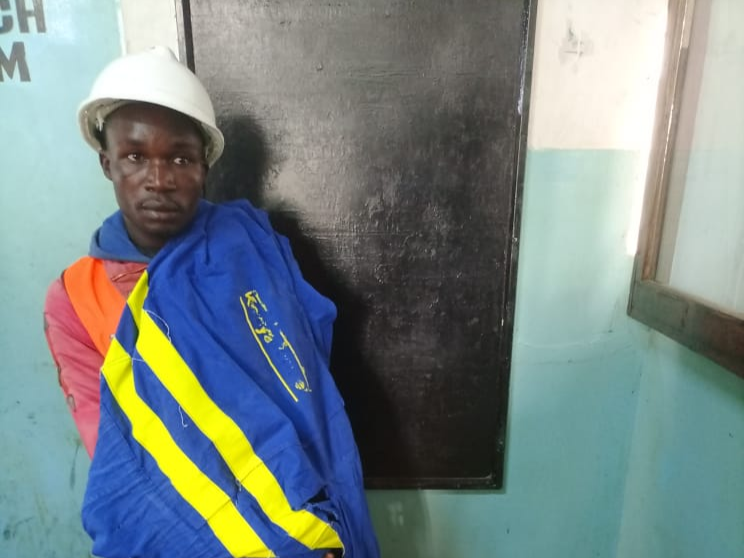 Police have arrested a man for illegal connections and electricity theft at the Jua Kali area within Embakasi.

Police spotted the suspect in Kenya Power and Lighting Company (KPLC) uniform doing suspicious activities at an electric pole while on Patrol.

The officers requested the imposter, who could not identify himself as a Kenya Power technician, to climb down and escorted him to Embakasi Police Station.

The Kenya Power security personnel confirmed that the suspect does not work with the parastatal.

“We wish to inform the public that these criminal acts pose a grave danger to their safety and may cause injuries, damage to household appliances, and even death as a result of electrocution, and fires,” NPS said.

NPS said that the destruction of government infrastructure and installation is considered economic sabotage and will not be condoned.

Police said the suspect was placed in custody pending processing and arraignment while his operating gear and safety equipment was kept as an exhibit.

This comes months after disconnections of illegal electricity in households in Nyamira county.

The team disconnected power in three homesteads in Gesima ward, Kitutu Masaba constituency and vowed to continue with the crackdown until sanity is restored in the sector.

In the first homestead, the worn-out electricity pole that had been erected recently was brought down since it was putting at risk the lives of residents.

In the second homestead, live electric wires were hanging dangerously with some insulated polythene.

“We are losing millions through illegal power connections like these ones and we are not going to relax until we have eradicated this vice."

"It is very dangerous that even the people doing the connections are not professionals putting the lives of many at risk,” said Ariri.

One person electrocuted to death, another injured in Mombasa

The clothesline was energised after an electric pole fell on the roof of a house.
News
7 months ago