•He said they are working with relevant government agencies to ensure they effectively tackle the concerns raised. 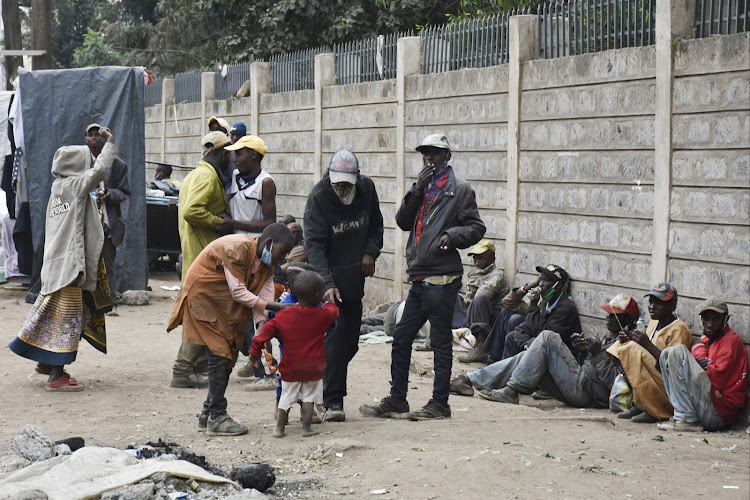 Residents of Kisumu are concerned over the increase in the number of street urchins.

Their increase has coincided with an upsurge in mugging, phone snatching and other petty crimes in recent weeks.

More than a dozen incidents have been reported along the Kenyatta Avenue, Oginga Odinga streets and other alleys in the CBD.

The incident has also spilt over to residential areas such as the Milimani estate.

Nyalenda resident Joyce Awino lost her phone to the suspected street urchins as she walked along Kenyatta street.

She had just come to the CBD to do her monthly shopping.

“Just after I lighted from the boda boda, my phone rang and as I received the call. One of the boys who sat in a group of other street children crossed the road and snatched it,” Awino said.

She has urged the government to find ways of rehabilitating them back into society.

“The street families, if not checked, will be all over the city,” Awino said.

Joseph Ndolo, who echoed Awino's sentiments, said he witnessed a street boy snatch a phone from a college girl around City Square along Oginga Odinga Street.

His efforts to try and retrieve the phone did not work as the street boy disappeared in the sewerage tunnel along the street.

The street families are commonly based along the Kenyatta Highway where Khetia and Naivas supermarkets are located, and Oginga Odinga Street, Ang'awa street and next to Oile Park.

Resident John Owuor said the rising number of urchins was a cause of concern and called on the government agencies and county government to take swift action on the matter.

“Those mandated to handle children's matters should move with speed and find possible best ways to deal with the menace,” he said.

“We have complaints from residents that some of the street boys have been snatching phones and other valuables from them. Such cases should be reported to police,” Wanga said.

He said they are working with relevant government agencies to ensure they effectively tackle the concerns raised.

Wanga, however, called for collaboration effort in tackling matters of street families in a dignified way.

In Kenya, an estimated 60,000 children and young people live on the streets of Nairobi
Opinion
3 days ago

Orphans, street children to be put under family care in new policy

The ministry of public service is prioritizing children's growth in families rather than institutions.
News
2 weeks ago

Kilimo says factors include poverty, family feuds, offspring out of wedlock, and absentee parents.
Counties
1 year ago
“WATCH: The latest videos from the Star”
by MAURICE ALAL
News
22 June 2022 - 22:00