• Kenya early this month ferried samples taken from people suspected to have monkeypox to Senegal for testing and further investigation.

• This is due to the country’s  limited testing capacity and given the rarity of the disease. 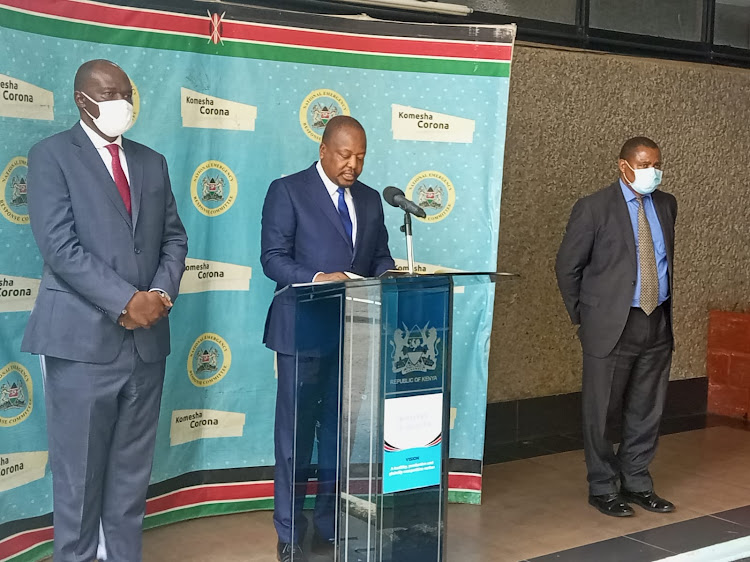 The Ministry of Health has allayed fear of an outbreak of Monkeypox in the country.

Acting health director general Dr Patrick Amoth on Monday said the samples that had been taken for analysis have turned negative hence no need to panic.

Monkeypox is a viral disease transmitted from animals to human and has symptoms similar to those seen among smallpox patients but is said to be clinically less severe.

“Monkeypox is a zoonotic viral disease which is endemic in Central and Western Africa,” Amoth said.

"Samples that we took to the Kenya AIDs Vaccine Institute and preliminary results are negative even the patient is well and I think has gone home so we anticipate that the rest of the results that were taken outside will also come out negatively," Amoth said.

Kenya, early this month ferried samples taken from people suspected to have monkeypox to Senegal for testing and further investigation.

This is due to the country’s  limited testing capacity and given the rarity of the disease.

According to WHO, the virus can be transmitted from one person to another by close contact with lesions, body fluids, respiratory droplets and contaminated materials such as beddings.

The incubation period for the disease in between six and 13 days.

The name originates from the initial discovery of the virus in monkeys in a Danish laboratory in 1958 with the first human case being identified in a child in DCR in 1970.

The global health agency has however advised against stigmatizing people already infected by the disease as it prevents them from coming out to seek care thus leading to many cases going undetected.

WHO looks into reports of monkeypox virus in semen

Most cases have been reported in men who have sex with men.
Health
5 months ago

Some 1,600 cases of the disease have been recorded globally in recent weeks.
Health
5 months ago