Omar says she will address all issues of health if elected on August 9. 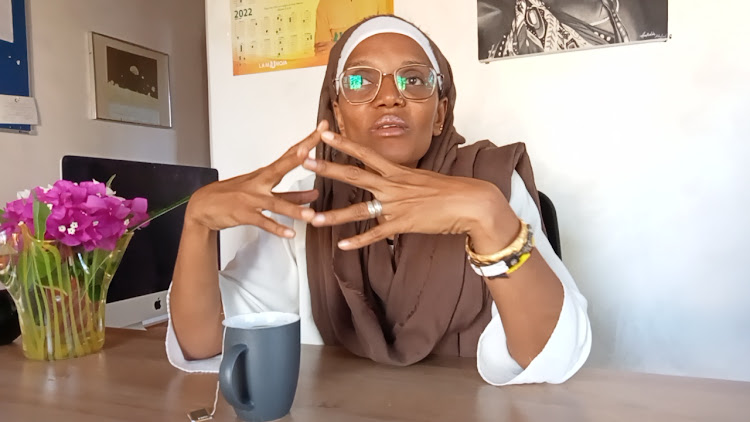 Omar and her running mate Julius Ndegwa took their campaigns to Lamu East before making a major entrance in Mpeketoni town with hundreds of supporters.

During the rally, she promised to invest in reviving Lamu's economy, which she said is rich in untapped resources.

She said her administration will also invest in Universal Health Coverage to ensure all residents, including the minorities to have access proper health care.

Omar said she will address all the issues of health which is the main pillar of her campaigns if elected governor.

She asked residents of Lamu not to be taken for a ride by candidates who are out to enrich themselves once they are elected to office.

“We want employment in Lamu county but without industries that will not be possible," she said.

"There is a port which is being launched soon and goods will be offloaded and loaded, but if you dont vote wisely all the jobs will be lost.”

Omar said Lamu needs industries to tap into the available resources such as cotton, Bexar tomatoes, mangoes and water melon.

She said her administration will end discrimination based on religion, culture and ethnic differences to end the notion that some people are from Lamu East and others are from Lamu West.

“On August when the title deeds are distributed, take them but do not accept to be taken for a ride,” she said.

Omar said there has to be transparency in leadership, adding that both women and men must be given equal opportunities.

She will be battling with three other governor candidates who include the incumbent Fahim Twaha, former Lamu governor Issa Timammy and former deputy governor Eric Mugo.

She has beaten cultural and religious bindings and intends to set the pace for female leadership
Counties
2 months ago
“WATCH: The latest videos from the Star”
by ALPHONCE GARI Correspondent, Coast Region
News
19 June 2022 - 22:00
Read The E-Paper