She shared letter showing she studied the degree from September 1994 to July 1995.

•The letter shared by Wavinya indicated that she pursued a computer science degree from September 1994 to July 1995, a period of only 10 months. 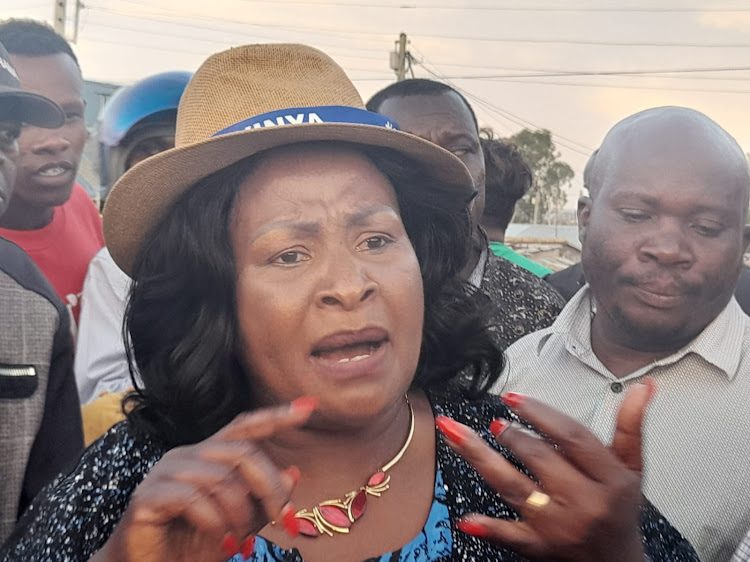 The move came hot on the heels of queries casting doubts on the validity of her degree.

"We hope that this will adequately dispel the baseless propaganda being peddled by our clumsy competitors and silence naysayers," she said in a Facebook post that she has already deleted.

The letter shared by Wavinya indicated that she pursued a computer science degree from September 1994 to July 1995, a period of only 10 months.

"Wavinya Oduwole successfully completed the course and was awarded a Lower Second Class Honours(2.2) on July 18 1995."

The Institution, however, could not provide transcripts.

"We are unfortunately not able to provide a transcript as our student record system did not gain the ability to store the information required for a transcript until September 1998. Prior to that date, we have a record of enrolment, progression and award only," added the letter.

In Kenya, a degree course normally takes at least four years, save for engineering and medical courses which take five and six years respectively.

The governor candidate has however maintained the degree is valid even as she exuded confidence that she will be on the ballot.

"We are soldiering on undeterred by their nuisance and sideshows. Our focus is to win and deliver for the people of Machakos County."

Ndeti had laughed off claims by her critics that she would be disqualified on academic grounds.
News
3 months ago

The CS who served at the University of Nairobi said it is very easy to prove if one studied at the institution.
News
3 months ago

I'll soon invite you to my PhD graduation, Sonko says in wake of degree cases