Elephantiasis has a high prevalence in the coastal region, where trachoma has been eliminated in some parts

•The ministry has also dedicated Sh4 million to the mass treatment of intestinal worms and bilharzia and  Sh2 million for vector control. 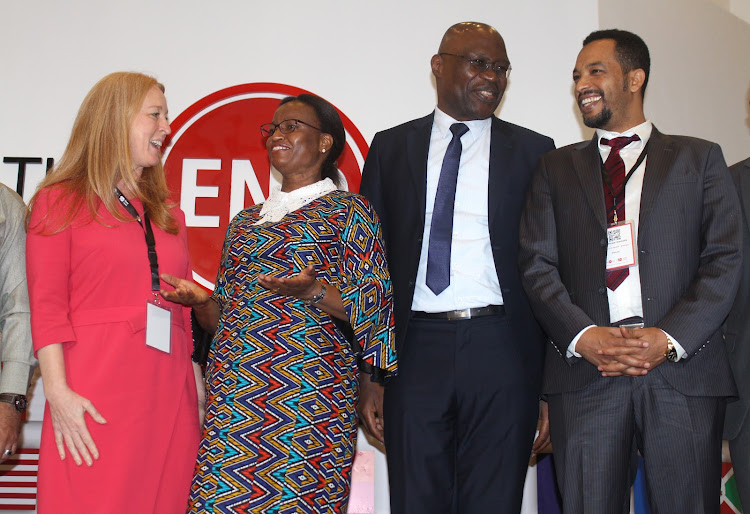 Kenya has renewed efforts toward ensuring that elephantiasis and trachoma are eliminated from the country by 2024.

Elephantiasis, scientifically referred to as Lymphatic filariasis, is a neglected tropical disease (NTD), with a high prevalence in the coastal region.

The Health ministry has allocated Sh2.4 billion in the 2022/23 financial year to go towards the elimination of NTDs in the country.

Sh800 million is expected to go to the elimination of elephantiasis and a further  Sh1.25 million is allocated for purposes of surgery for some chronic cases.

The ministry has also dedicated Sh4 million to the mass treatment of intestinal worms and bilharzia and  Sh2 million for vector control.

This was announced when Kenya played host to a three-day global summit on NTDS in Nairobi last week.

The summit, organised by End Fund, brought together more than 250 people including senior government officials, and public health experts to discuss programmatic and advocacy best practices and explore new solutions toward ending NTD’s by the year 2030.

“Another one that we have had for a very long time is trachoma and river blindness, where because of an infection through an insect somebody gets an eye infection before you know it you lose your eyesight, something that can be avoidable,” Health PS Susan Mochache said.

A recent research found that the disease had been eliminated in some parts of the Coast region.

A cutting edge research conducted and whose results were late last year found that samples from Lamu East, Lamu West and Jomvu had shown no positives for the disease.

“We started a new kind of treatment and in two years we have eliminated elephantiasis infection itself. Of course people have swollen feet,” head of Kenya Public Health Institute Sultani Matendechero said.

NTDs are endemic across Kenya but primarily affect the rural communities where there is low access to sanitation and clean water, and limited or no access to quality and affordable health services.

“It is not the diseases that are neglected. It is the people. The people who have to endure lifelong pain and disability, and who are ultimately robbed of the opportunity to reach their full potential,” the PS said.

These are a diverse group of tropical infections which are common in low-income populations in developing regions of Africa, and are caused by a variety of pathogens such as viruses, bacteria, protozoa and parasitic worms.

The Health Ministry has embarked on an ambitious plan to eradicate these diseases.

As much as they are neglected, they are a big health problem some of them killing or disabling people.

Data from the ministry shows that 50 per cent of the population is at risk of suffering NTDs; this represents 25 million people in Kenya.

In Kenya, a disease like trachoma is one of the leading causes of blindness. Bilharzia on the other side is ravaging people in the Lake Region and central part of the country.

Post a comment
WATCH: The latest videos from the Star
by MAGDALINE SAYA REPORTER
News
10 June 2022 - 21:00
Read The E-Paper