He says if elected President, he will introduce fibre farming to feed Kenya's textile industry.

• He says the solution to sustaining the local textile industry does not lie in doing away with mitumba. 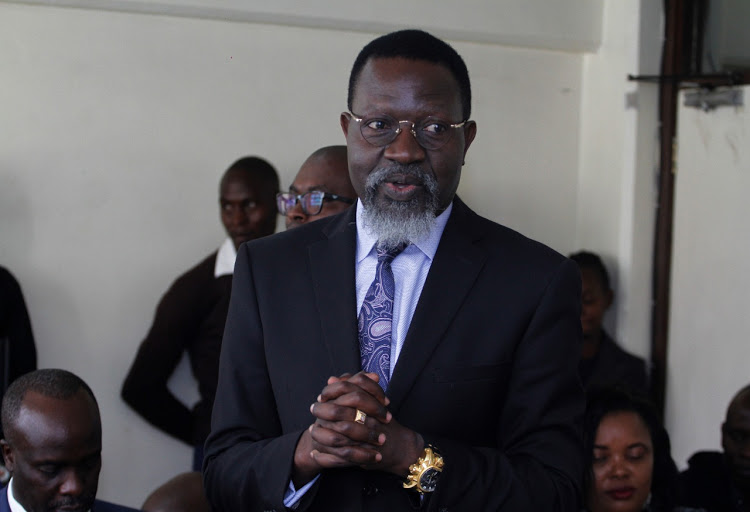 He says the solution to sustaining the local textile industry does not lie in doing away with Mitumba.

"Let Kenyans have the freedom to do what they want. Mitumba has put food on the tables, it has led people to educate their children."

"Some people are coming and saying we shall ban Mitumba, but we have the answer," Wajackoyah said.

He spoke Thursday night during an interview on Citizen TV where he was hosted alongside his running mate Justina Wangui.

Fibre can be obtained from crops such as hemp, papyrus, nettles, cotton, coconut and bamboo.

"Fibre gives a byproduct for textile industries, so we know where we are going to get our raw materials," Wangui said.

She said fibre farming will give huge returns to the Kenyan farmer compared to sugar cane or maize.

According to her, maize, which is widely grown by Kenyan farmers, fetches an average of Sh3,000 but industrial hemp goes for Sh159,000 per kilogramme.

"This calls upon us to have a competitive advantage. We want to run a profitable government," Wangui said.

Debate on Mitumba erupted on Tuesday when Azimio presidential candidate Raila Odinga said second-hand clothes imported into Kenya may have been worn by dead people in the countries of origin.

Speaking while unveiling his manifesto at Nyayo Stadium, Raila said he will shift focus to empowering the local textile industry if elected president in August.

In an undated video, Deputy President William Ruto is also heard saying his administration will boost local industries and stop the importation of second-hand clothes and shoes.

The two are the leading presidential contenders for the August 9 general election.

Fireworks as Raila, Ruto take on each other head-on over Mitumba business