Suspect in Mirema murder case freed for lack of evidence

He is also wanted in different courts for having committed different crimes.

•Karani had been detained for 14 days pending investigations by the police.

•He was released by Milimani resident Magistrate Caroline Muthoni after the prosecution said they had lacked enough evidence linking him to the murder. 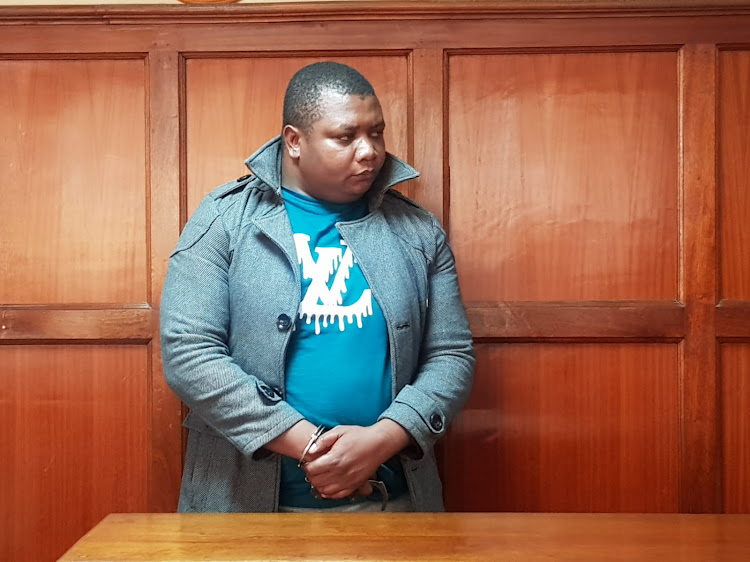 A man who was suspected to be behind the killing of Samuel Mugoh Muvota in Mirema, Nairobi, was on Wednesday morning freed by the court for lack of evidence.

Dennis Karani Gachoki was released by Milimani resident Magistrate Caroline Muthoni after the prosecution said they had lacked enough evidence linking him to the murder.

“Having no evidence from the prosecution linking the suspect to the murder, I hereby release him and close the miscellaneous file,” the magistrate ruled.

Karani had been detained for 14 days pending investigations following a successful application by the police.

However the investigating officer Kapario Lekakeny further informed the court that Karuri was charged before a Makadara court on Tuesday for the offence of drugging two businessmen and stealing from them cash amounting to Sh1.2 million.

He is alleged to have committed the offences on June 24, 2021, at MUFU Height along Mirema road in Kasarani sub-county within Nairobi county, jointly with others before the court.

Karani is also wanted in different courts for having committed different crimes.

Man linked to Mirema shooting to spend 14 days in custody

'Basmati' babes have not spared sportsmen either

Sources revealed that some well known female fans have established the habit of attending local top flight matches with their sights firmly fixed on ...
Sports
6 months ago

The officer told court that they needed 14 days to enable them complete investigations.
News
6 months ago

Man accused of killing Muvota surrenders to DCI, says he is innocent

“I am innocent and I will prove this. I didn’t kill the man they say I killed,” Gachoki said.
News
6 months ago