Orphans, street children to be put under family care in new policy

The ministry of public service is prioritising children's growth in families rather than institutions.

• Researchers have found that children growing up in institutions develop slower than their peers growing up within family units.

• The Care Reform Strategy will see that children without parental care are placed under foster care, guardianship, Khafalahs or reunited with living relatives. 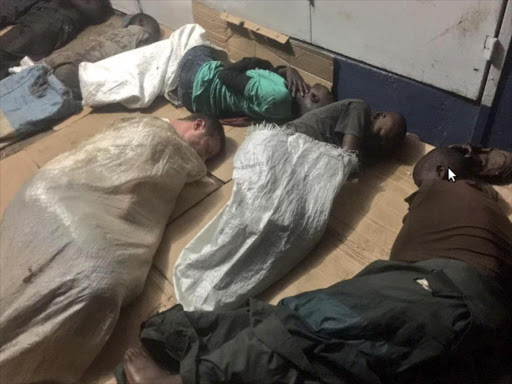 Children living in care institutions such as orphanages, safe houses, and even street children, will now have the opportunity to be cared for by family units.

This is after the Ministry of Gender, Public Service and Special Programmes launched a National Care Reform strategy in partnership with Child Rights organizations.

The Care Reform will see that children are placed in homes with guardians, or foster parents, or reunited with their families after being separated from them.

The strategy was officially launched by Public Service Cabinet Secretary, Margaret Kobia, at the Kenyatta International Conference Center on Wednesday.

Lady Justice Teresia Matheka who also chairs the National Council on Administration of Justice (NCAJ), lauded the ministry for the decision to come up with such a strategy.

She said that although the Children’s Act provides for different avenues of care for children under different circumstances, often children end up living in institutions.

“The Justice system, more often than not, directs children who find themselves with no parental care to institutions such as children’s homes, juvenile centers or shelters”

“With this strategy, the justice system will prioritize alternative care for children including family care and community care,” she said.

Manzia Zaman, UNICEF’s country director, said that despite various research showing that institutional care causes children to have stunted development, there are millions of children living in institutions worldwide.

She said that researchers also found that 90 percent of children in institutions have at least one living parent and it was vital that reunions and reintegration back into families and communities be done.

“When children are distressed, they need love and affection to reassure them and caregivers provide that love and reassurance,” she said.

Bernard Mwololo, a representative from the Kenya Association of Care Leavers, grew up in an orphanage when both his parents died.

Mwololo said that children in institutions grow up feeling that they are missing that vital care from a family unit or a guardian.

“An orphanage can have over 60 children under the care of one caregiver so some children may end up feeling neglected because they lack personalized care. Alternative care like foster parents, guardians, extended families, or Khafalahs have that personalized care that is vital for children’s growth.

Kobia said that the ministry is focused on putting the welfare of children first with this strategy.

She said that policies such as the Children’s Bill that is currently in the Senate will also work to prioritize care that is not in institutions.

“If passed, the bill will give prominence to retaining children with their families or alternative family care options,” she said.

She added that the government would continue to support family care through already established cash transfer programs to vulnerable members of society through the Inua Jamii program and other social security programs.

Lamu orphans seek payout for father killed by buffalo in 2018

Say many who want to seek justice are curtailed by the huge legal fees.
News
2 months ago
WATCH: The latest videos from the Star
by SELINA TEYIE
News
08 June 2022 - 21:47