Police boss stops transfer of officers until after August polls 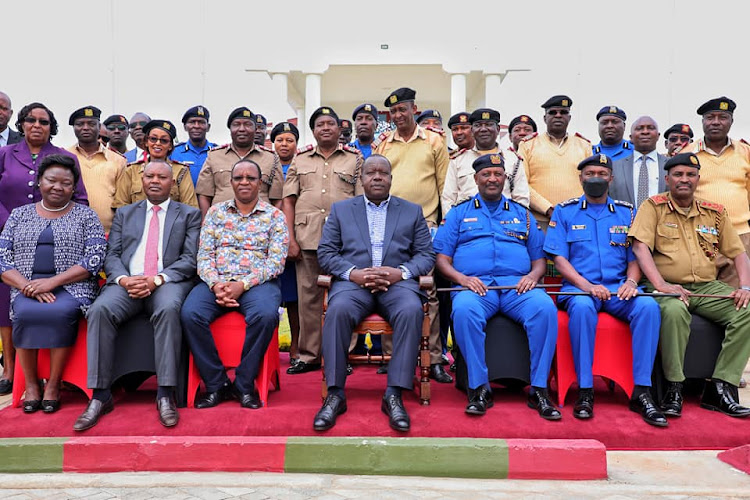 All transfers of police officers in the National Police Service have been put on hold until after the August 9 general elections.

According to NPS, this will enable the officers focus on their current areas and ensure safety before, during and after the polls.

“Officers whose deployment or transfer have been sanctioned from this headquarters should now not be released to their new stations until after the general elections,” he said.

He said their transfer or deployment will remain as per their deployment signals but their departure to new stations will be done after the polls.

This follows concerns the movements ahead of the polls may affect planning and securing of the polls.

Police and other players in the exercise have been meeting to plan the polls. The last meeting took place on June 3 and more are planed.

At least two officers will be deployed to each of the 55,000 poling stations and others will be patrolling various areas. Authorities have mapped areas seen as hotspots.

NPS was criticised for using extreme force on opposition supporters over the past months leading to and after the 2017 general elections.

There have also been concerns that some police officers are suffering from psychosocial issues, which are affecting the service’s image.

During the last meeting, commanders said they have developed elaborate security and intelligence strategy to ensure the elections are peaceful.

Areas deemed to be flash points for violence have been mapped and police will be ready to avert a repeat of 2007-08 poll violence.

After the presidential result of the 2007 general election was disputed, violence erupted, leading to the death of more than 1,000 people. Many others were displaced.

An inquiry into the post-election violence pointed to the police as being ill-prepared, partisan and heavy-handed in trying to quell the chaos.

The police are using intelligence and preparing for scenarios that could play out based on various stages in the exercise.

Police bodyguards to get new changing room in Nairobi