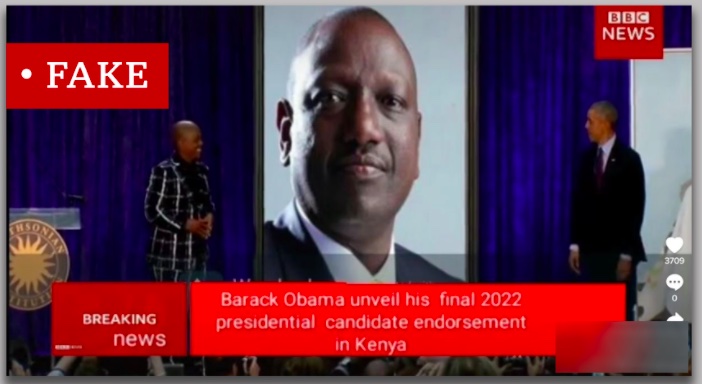 A video has emerged, purporting to show the former US President, Barack Obama, announcing his support for Deputy President William Ruto

President Uhuru Kenyatta is standing down after two terms of office.

One of those hoping to replace him is his deputy, William Ruto.

A video has emerged, purporting to show the former US President, Barack Obama, announcing his support for Ruto.

The video has however been manipulated and has nothing to do with Kenya's election - Obama has not endorsed any candidate.

The widely-shared video has been doctored to show  Obama unveiling a large image of his chosen candidate, with fake banners across the screen suggesting it is from a BBC News story, and was originally posted on a TikTok account.

The text has a grammatical error, the type faces are wrong and the colours of the banners don't match.

The genuine video, used as the basis for the fake, was filmed at the Smithsonian Institute in Washington in 2018, where Mr Obama was unveiling a portrait of himself. 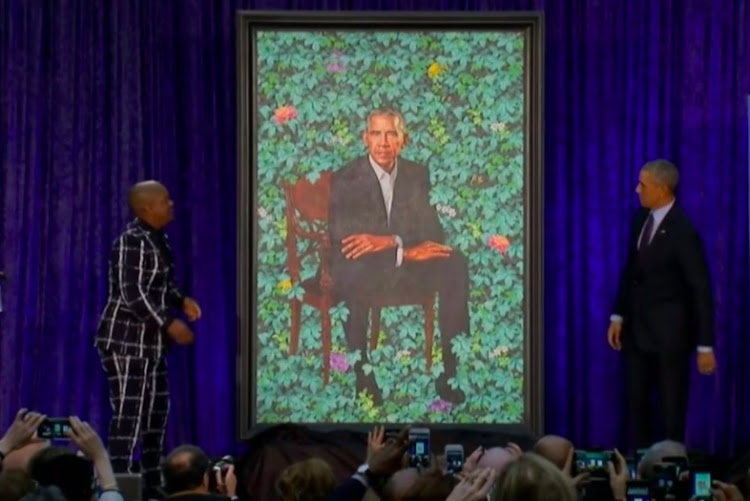 No plans to break up big business

Supporters of Raila Odinga, the other main presidential challenger, have been sharing a video which they claim shows Mr Ruto's running mate, Rigathi Gachagua, saying his coalition, Kenya Kwanza, will - if elected - break up Kenya's largest telecommunications company, Safaricom.

A genuine interview, given by Gachagua to a local radio station, was posted online with a sub-titled English translation which read: "We will kill it [Safaricom] and give that money to the people as handouts."

But speaking in the Kikuyu language, Gachagua did not say this.

It was a proposal to redistribute profits to support smaller enterprises, and clearly not one to "kill" corporate business. 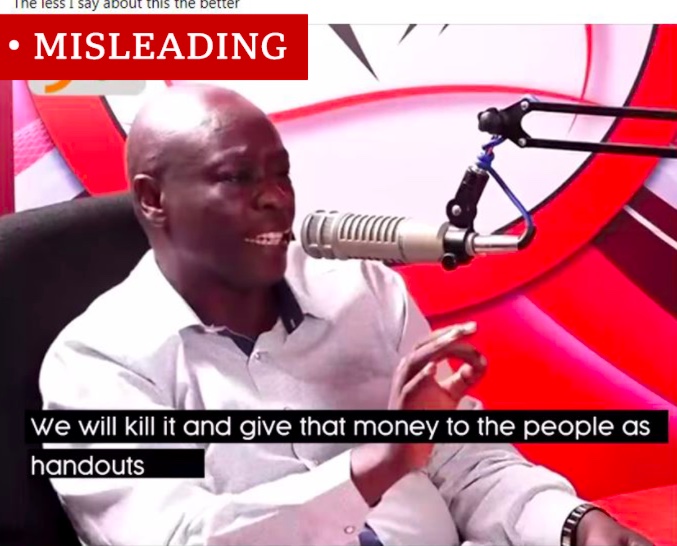 In a curious twist to this story, a press release appeared online shortly after the video, supposedly from Safaricom, condemning the sentiments expressed in the interview, which amounted, said the document, to "shutting down [Safaricom] and other major corporate firms".

The statement went on: "We wish to condemn these remarks [by Gachagua] in the strongest possible terms."

However, the press release was a fake and Safaricom subsequently released its own genuine statement on Twitter to confirm this. 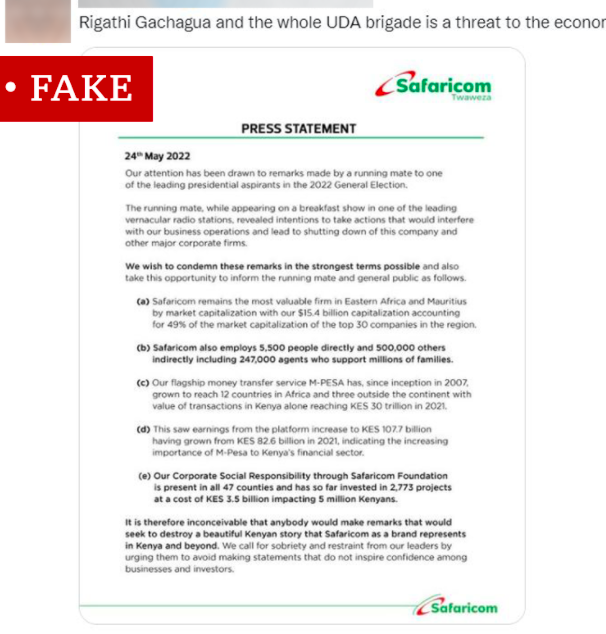 Both leading presidential candidates are seeking support from the vote-rich Kikuyu ethnic group. (Ruto is from the Kalenjin community and Odinga is Luo).

So, an endorsement from the son of Kenya's former President Mwai Kibaki - a Kikuyu - would be a highly coveted prize. A fake Twitter account has appeared, purporting to be owned by Jimmy Kibaki, the former president's eldest son. 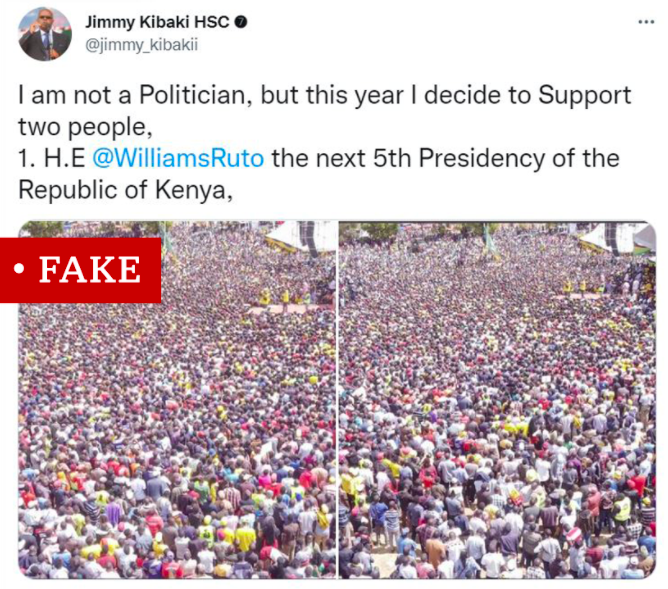 The account, which has since changed its name, was created in February and recently tweeted support for William Ruto's candidacy. 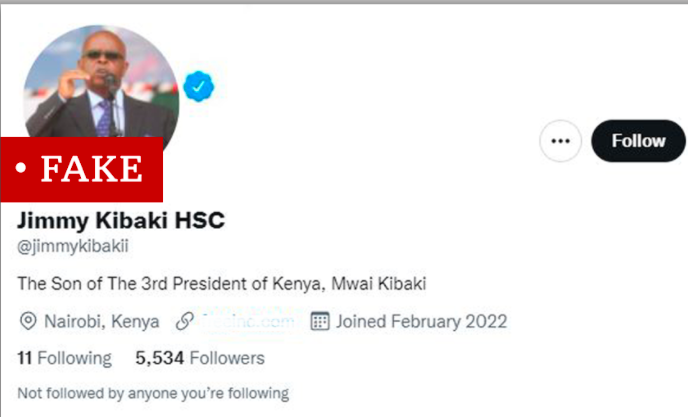 This account is just one of many fake accounts using Jimmy Kibaki's name, and he has issued a statement calling on Kenyans to ignore them.

The constitution limits a president to two terms, which means Mr Kenyatta cannot stand for election again this year.

However, some online users, including at least one leading politician, have been suggesting that he could stand as the deputy-presidential candidate. 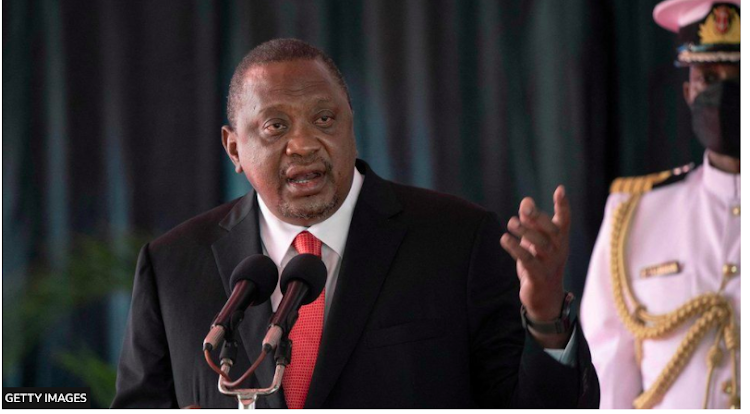 President Kenyatta is stepping down after serving for two terms
Image: GETTY IMAGES

"Thinking out loud yet again :- article 137(1) of the Kenyan Constitution does not disqualify the current president from running as a deputy president!" Senator Ledama Ole Kina tweeted.

While it is true that this article of the constitution doesn't explicitly prohibit this, there is another article that does rule him out.

Article 148 (1) says the person nominated as a deputy-president must be "qualified for nomination for election as President."

Having served for two terms, Mr Kenyatta is not eligible under this condition.

While flagging the statement, USIU asked Kenyans to rely on communication from their verified social media pages.
News
4 months ago