What happens when abortion is banned? Lessons from Kenya and the world

"We took her to the hospital, but there was a long queue and she died while we were waiting."

•But in a country where access to abortion is tightly restricted by law, and those who undergo the procedure are stigmatised, Ann was forced to secretly obtain abortion pills from an unregistered pharmacist.

•Days later, she was dead. 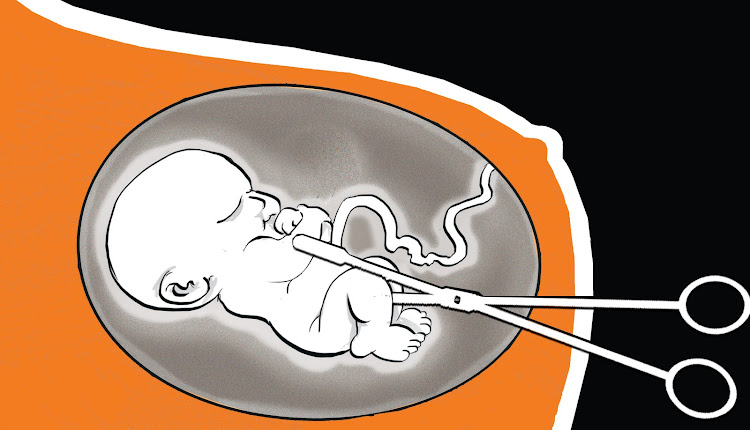 As soon as Kenyan housewife Ann found out she was pregnant in September last year, she knew having the child was out of the question.

For years, the 27-year-old had been a victim of domestic violence: her husband beat her routinely, denied her money to feed their three children, and had sexual relationships with other women.

Ann - whose name has been changed to protect her children's identity - did not want to bring another child into her world of violence and poverty, one of her close friends told the Thomson Reuters Foundation.

But in a country where access to abortion is tightly restricted by law, and those who undergo the procedure are stigmatised, Ann was forced to secretly obtain abortion pills from an unregistered pharmacist. Days later, she was dead.

"I heard the screaming coming from her home in the middle of the night and found her lying on the ground bleeding," said one of Ann's friends who also lives in Korogocho, an informal settlement in northeast Nairobi, asking not to be named.

"We took her to the hospital, but there was a long queue and she died while we were waiting for treatment," the friend said.

With the U.S. Supreme Court poised to overturn the landmark Roe v. Wade ruling that legalised abortion nationwide, campaigners for abortion rights from Africa to Latin America are warning of the potentially devastating consequences.

They say the conservative-majority court should consider the impact of anti-abortion measures globally - from deaths like Ann's in Kenya and women being wrongly jailed over miscarriages in El Salvador to the persecution of abortion rights defenders in Poland.

"My message to the U.S. Supreme Court judges is that they will never end abortion. Women have had and always will have abortions regardless of the law," said Evelyne Opondo, senior regional director for Africa at the Center for Reproductive Rights (CRR).

"All overturning the law will do is end safe abortions. Women will turn to unsafe abortions like those done by quacks in backstreet clinics and it will be the poor and marginalised who will be hit most."

Christian conservatives and many Republican officeholders have long sought to overturn Roe v. Wade, and numerous Republican-led states have passed various abortion restrictions in defiance of the Roe precedent in recent years.

Around the world, abortion is completely banned in 26 countries including El Salvador, Honduras, Egypt, Madagascar and the Philippines, according to CRR.

Another 50 nations only allow abortion when the woman's health is at risk or in cases of rape or incest, the group says.

More than three-quarters of countries have some kind of legal penalties related to abortion, which can include lengthy prison sentences or hefty fines for people having or assisting with the procedure.

Globally, more than 25 million unsafe abortions occur every year, resulting in the deaths of about 39,000 women and girls and leading millions more to be hospitalised with complications, according to the World Health Organization (WHO).

Most of these deaths are among poor women living in lower-income countries – with more than 60% of them in Africa and 30% in Asia, it said.

In Kenya - where abortion is permitted only when the woman's health or life is at risk and in cases of rape - more than 2,500 women and girls die annually in unsafe abortions, amounting to seven deaths every day, according to the CRR.

A ministry of health study shows almost half a million abortions - most of which were unsafe - were conducted in Kenya in 2012, with one in four women suffering complications such as high fever, sepsis, shock and organ failure.

"All of the things we are seeing here in Kenya, they will see in the U.S. if the ruling is overturned," said Nelly Munyasia, executive director of the Reproductive Health Network Kenya.

In El Salvador, where abortion has been a crime since 1998 under all circumstances - even in cases of rape, incest, fetal anomalies or when the woman's health is in danger - scores of women have been sent to jail on abortion charges.

In 2008, Cinthia Rodriguez was eight months pregnant when she went to hospital to seek emergency care after she had a stillbirth. Instead, she was handcuffed to the hospital bed, arrested, convicted of aggravated homicide, and sentenced to 30 years imprisonment.

"You're in mourning for the loss of your child and then when you're charged with a crime that you didn't commit, it's really hard," said Rodriguez, adding that she was labelled a "baby killer" and was physically assaulted by other inmates.

She was released only after serving nearly 11 years.

In the last two decades, more than 180 women have been jailed for abortion-related crimes, says the Citizen Group for the Decriminalization of Abortion, a nonprofit.

"Abortion shouldn't be criminalised," said Rodriguez. "Every woman knows their own situation and the truth about what they have gone through."

Campaigners said policies that outlaw or restrict access to abortion have also resulted in high rates of teenage girls having to drop out school due to unplanned pregnancies.

In some countries such as Tanzania and Sierra Leone, pregnant girls and young mothers have even been banned from attending school in the past.

The policies - which not only promote stigma and shame, but also lead to harassment and discrimination - can impact others too, abortion rights advocates say.

In many countries, sexual and reproductive health clinics as well as women's rights campaigners are targeted by right-wing groups, members of the public, and even by the authorities.

In Poland, where abortion is permitted only in cases of rape, incest and threat to the woman's life, abortion rights campaigners also face threats, persecution and jail terms of up to three years.

"I had to leave my home because my address was published and there was at least one attempt on my life," Lempart said, adding that she had been diagnosed with post-traumatic stress disorder as a result of such persecution.

Post a comment
WATCH: The latest videos from the Star
by THOMSON REUTERS FOUNDATION
News
30 May 2022 - 10:52
Read The E-Paper