They say Sh22.5 million of their revenue is lost every day through corrupt practices. 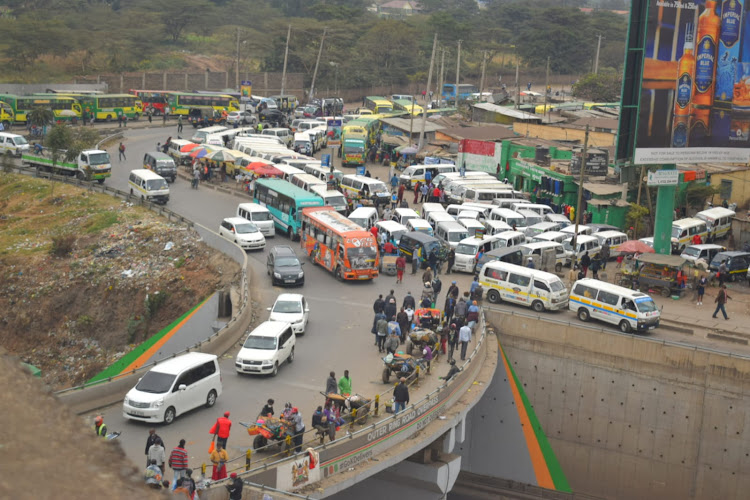 Players in the public transport sector have clashed with the government over challenges facing the industry.

Federation of Public Transport Sector chairman Edwin Mukabana criticised the government during operator’s workshop at the Utalii College, Nairobi, even as Transport PS Joseph Njoroge sat from a distance.

“We have revenue leakage through corruption to the police and county askaris,” Mukabana said.

The workshop was meant to seek ways in which the sector can be improved.

Mukabana said Sh22.5 million of their revenue is lost every day through corrupt practices, adding that the sector contributes a lot to the economy of the country.

“We employ more than 150,000 directly and indirectly. We pay parking fee of Sh 75 million per month,” he said.

He further said the players in the sector were paying double for their licenses due to the effects of Covid-19 pandemic, and they have not recovered since.

“The cost of fuel has since doubled and the fact that we did not have economic stimulus by the government,” Mukabana said.

Mukabana also took issue with the introduction of busses by the Kenya Railways within the CBD, saying the sector ought to have been consulted.

Njoroge said the sector has a massive potential as economic enabler.

However, challenges such as indiscipline and inefficiencies continue to affect the sector.

He said mobility is key for social, political and economic pillars of development.

The PS said indiscipline in Kenyan roads as well as safety must be addressed head on.

During the workshops, lessons from Kigali and Brazil were shared.

Njoroge said strides have however been made in the country.

He cited the formation of Saccos and companies among the PSVs, a move he said has improved self regulation.

The authority is currently rolling out the implementation of the much awaited Bus Rapid Transit.

Njoroge said National Transport and Safety Authority is in place to regulate the sector. He challenged the sector to adopt the cashless system to avoid revenue leakages.

He said the system will help the government establish the economic contribution of the sector to country’s GDP.

The PS also asked the industry to adopt new technologies such as electric buses to help the government curb Green House Gas emissions.

Stranded nation: Pain of losses and sweat in matatu crackdown

The government yesterday vowed it will not back down on enforcement of the ‘Michuki rules’ as an estimated 2,000 offenders were netted in day one of ...
News
3 years ago
“WATCH: The latest videos from the Star”
by GILBERT KOECH News Reporter
News
20 May 2022 - 23:00