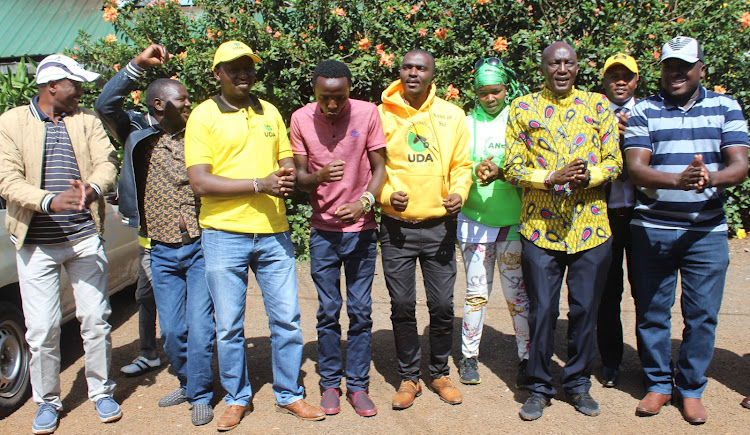 Some Nyeri leaders and residents who were following the unveiling of Mathira MP Rigathi Gachagua as deputy president William Ruto's running mate on TV at Senior Chief Wambugu Hotel in Nyeri celebrates outside the hotel Sunday
Image: EUTYCAS MUCHIRI 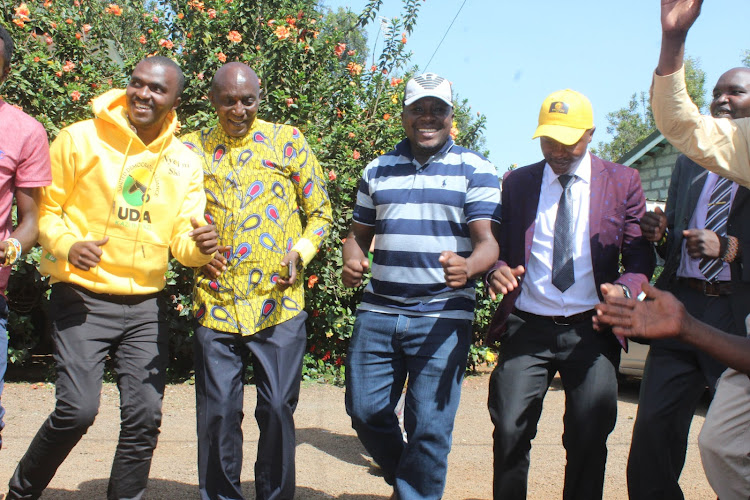 There were celebrations in Nyeri county following the naming of Mathira MP Rigathi Gachagua as Deputy President William Ruto’s running mate for the coming August 9 polls.

This is even as residents called on Ruto to also consider giving Tharaka Nithi Senator Kithure Kindiki a plum job in his government if he wins the presidency.

Kindiki and Gachagua were in a tight race for the post with Ruto forced to postpone the naming of his running mate on Saturday amid intense lobbying by allies.

On Sunday, the DP said he had settled on Gachagua as the running mate and congratulated Kindiki for a spirited fight that saw him end up as the runner up for the job.

There were mixed reactions from Kindiki's Tharaka Nithi backyard with some residents expressing disillusionment.

"We are angry because we expected Kindiki to be picked as running mate. We didn't see him during the naming of Gachagua as Ruto's running mate so we want him to come back home and give us a signal," Patrick Njagi, a Mukothima MCA aspirant said.

In Nyeri, leaders urged Ruto to consider Kindiki for a plum state job saying he is a resourceful and will also add value to Kenya Kwanza campaigns.

This will also reciprocate the support he has also received from the Meru community.

Former Nyeri mayor, who is also the Nyeri chairman of Kenya Kwanza, Wanyaga Gathaka said Gachagua has high mobilisation ability and that will greatly help in Ruto’s campaigns.

Gathaka said they have been eager to know who the deputy president would pick as his running mate and that they will now step up their efforts for campaigning for him now that he has picked one of their own.

“We know Rigathi as a person who can bring people together like he did when he reconciled people who were competing for UDA party tickets during party primaries and implored them to work together to deliver victory for DP Ruto,” he said.

He said the Mathira MP has also gone out of his way and spent his resources as well as personally campaigning for the deputy president and so deserved to be given the seat.

Gathaka said his appointment was a great honour to the people of Nyeri.

Gacheru Wabandi who was contesting for Nyeri MP ticket on UDA ticket but lost to Duncan Maina said Gachagua has not only been a loyal supporter of Ruto but is also a hardworking person and thanked the DP for settling on him.

“He deserved to get the position because Kenya Kwanza needs a person who can help the deputy president to campaign, win and thereafter help deliver his pledges to the people of Kenya,” he said.

He said Gachagua has worked diligently in the civil service, public administration, as President Uhuru Kenyatta’s personal assistant and MP for Mathira and that they have no doubt that he will deliver.

Nominated MCA Patrick Mutahi said they will now step-up campaigns for Kenya Kwanza to ensure they end up victorious in August.

David Kariuki said they were excited as Nyeri people and Mt Kenya region in general saying Gachagua understands well the needs of the region’s people.

On Saturday Nyeri residents who had high anticipation that Gachagua would be picked as running mate went home disappointed after a stalemate ensued between Gachagua’s supporters and those of Kindiki delaying the announcement.

Some chanted no Rigathi, no Ruto. 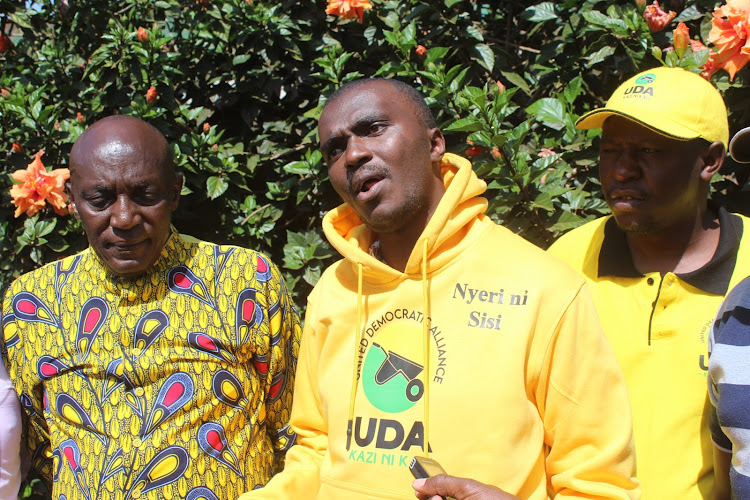 Sources had earlier intimated that the time set was 10 am but later it was pushed to 1 pm.
News
1 month ago
“WATCH: The latest videos from the Star”
by EUTYCUS MUCHIRI AND GERALD MUTETHIA
News
16 May 2022 - 02:08