• “This proposed amendment should be deleted or amended to increase rather than reduce the excise duty rate,” a statement from NTA said.

• Last week, a group called Campaign for Safer Alternatives, which is aligned with the tobacco industry urged MPs not to add taxes saying nicotine pouches are less-harmful. 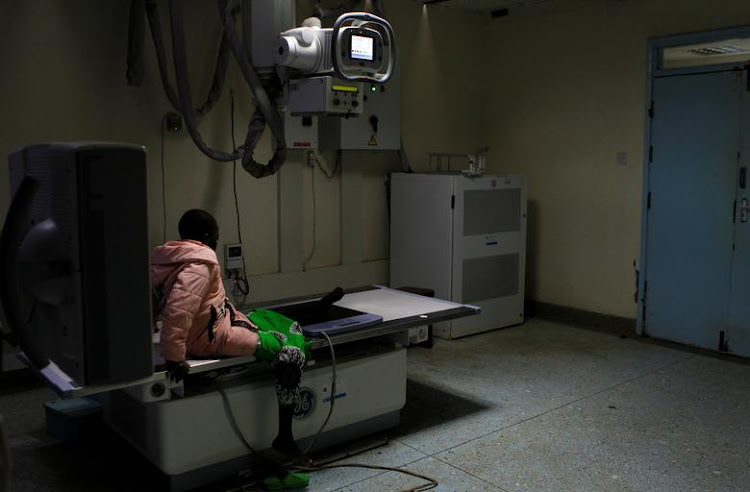 HEALTH RISK: A young cancer patient waits to be examined with a digital X-Ray machine at the Kenyatta National Hospital in Nairobi, Kenya January 22, 2020.
Image: REUTERS

More groups have asked MPs to raise taxes on nicotine and cigarettes to stem a growing epidemic of cancer and other chronic diseases.

This week, the National Tax Payers Association said it could not understand why Treasury had proposed to make Cuban Cigars cheaper.

These are thick cigarettes imported from Cuba. They are the most opulent tobacco product and are often promoted by social media influencers in Kenya.

In the Finance Bill, Treasury proposed a reduction of taxes for cigars, cheroots, cigarillos, containing tobacco or tobacco substitutes from Sh13,906.04 per kg to Sh13,296.6.

“This proposed amendment should be deleted or amended to increase rather than reduce the excise duty rate,” a statement from NTA signed by its programmes officer Franciscah Marabu said.

He said tobacco products are harmful to the health of consumers.

“Reducing the rate on any tobacco product would make it cheaper to consume, thereby encouraging its use and hence encouraging non-communicable diseases,” Marabu said.

However, the association commended the National Treasury for increasing taxes on other tobacco products including nicotine, which is becoming one of the most abused products in Kenya, according to health advocates.

“This will be a win for the government in terms of increased revenue and at the same time improved public health,” Marabu said.

In the Finance Bill, which members of the National Assembly will debate this week, there is an increase in tax for cigarettes with filters from Sh3,447.61 per mille (one thousand sticks) to Sh3,825.99 per mille.

There is also a proposed increase in prices for cigarettes without filters from Sh2,502.74 per mille to Sh2,752.97 per mille.

The Finance Bill proposes to change the taxation regime for liquid nicotine from the current zero shillings per unit to an excise duty of Sh70 per millilitre.

Last week, the Ministry of Health’s Tobacco Control Board, Non-communicable Diseases Alliance Kenya (NCDAK), and Tobacco and Health Promotion Alliance made presentations before the Finance Committee.

They commended Treasury for the improved taxes on nicotine and cigarettes and urged MPs to either uphold or increase them.

"These dangerous nicotine products are accessible to minors, which means the rate at which young people are recruited into drug abuse is high. It is our belief this budget will reduce the harmful consumption of these products,” he told the Star.

Last week, a group called Campaign for Safer Alternatives, which is aligned with the tobacco industry urged MPs not to add taxes saying nicotine pouches are less-harmful and can help smokers quit.

However, this was refuted by local experts.

"They have just designed a more effective way to deliver nicotine to your body,” Dr Catherine Karekezi, executive director at the Non-communicable Diseases Alliance Kenya said.

BAT managing director Chrispin Achola on Wednesday also appeared before the Finance committee and asked MPs to be lenient.

The company sells Lyft (now called Velo) nicotine pouch, which was temporarily banned in 2021 because it was illegally registered as medicine by the Pharmacy and Poisons Board.

Salome Nyambura, a social scientist and lecturer at Kenyatta University said the use of tobacco and nicotine products has been confirmed as an entry point to other drugs such as bhang, heroin and nicotine.

“The nicotine pouches are nine times more potent than cigarettes. Their concentration is unbelievably high. One girl we interviewed said she didn’t know they contain nicotine when she used them. She felt sick with nausea and felt like throwing up," Nyambura said.

Will make products out of reach for the majority.
Business
1 month ago

Wajackoya running mate says she'll will walk the talk by smoking weed if they win.
News
1 month ago

Malaria comes second accounting for 15.2% of disease burden.
News
1 month ago
“WATCH: The latest videos from the Star”
by JOHN MUCHANGI Science Editor
News
15 May 2022 - 23:00