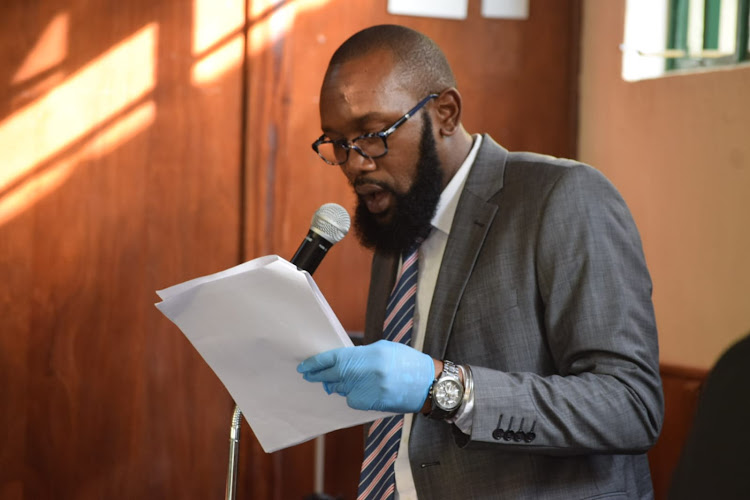 DUSIT D2 ATTACK: Investigating office Geoffrey Busolo reads a love note left by one on the terrorists in the vehicle used during the terrorist attack at Kahawa law court of Friday, May 13.
Image: CHARLENE MALWA

The mastermind of the 2019 Dusit attack, Ali Salim Gichunge, left his wife a love note bidding her goodbye.

Fondly referring to the wife, Violet Kemunto alias Khadija, as ‘babe’, Gichunge said he had chosen to continue with the mission and that she should not be sad.

“I know that I will probably be long gone by the time you get this (note). I love you but I also love Allah. Don’t be sad babe, we will meet again if Allah wishes,” he said in the letter.

Sergeant Geoffrey Busolo read out the letter before chief magistrate Diana Mochache at Kahawa law courts on Friday, where three people who are suspected to have assisted the terrorists plan the attack were arraigned.

The three are facing multiple charges including committing acts of terrorism that resulted in the death of 21 people in 2019.

The sergeant told court that the note was discovered on the holders located on the door of the car used by the terrorists to access the Dusit building.

In the car, was also a photo of Gichunge and Kemunto at the beach in Mombasa. Behind the photo, was inscribed; "The day we missed swimming and flew all the way to Mombasa to swim and back." 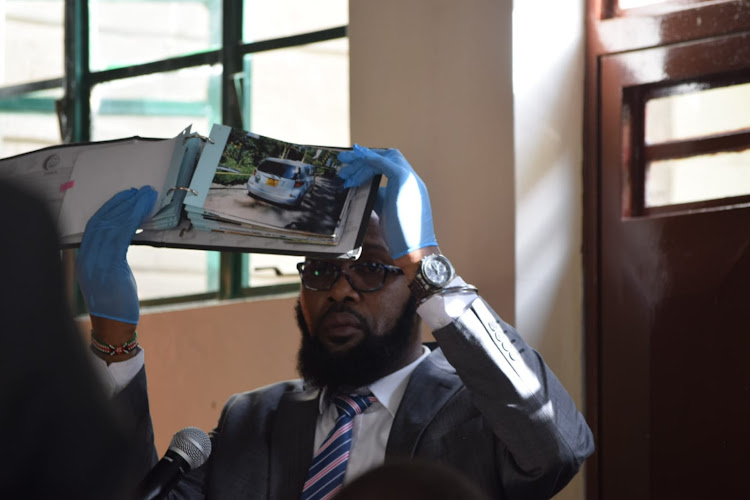 “The magazines were tied together in two's and fitted forcefully into the holding pouches. A standard pouch carries only one magazine,” Busolo said.

At the scene, there were three riffles, bullet proof vests and a big black suitcase suspected to have been used by the attackers to carry the riffles.

Some 1,062 spent cartridges, suspected to have been used by both the attackers and the team helping repel them were also recovered.

On January 15, 2019, 21 people were killed in an attack at Dusit D2 luxury hotel and office complex in Nairobi’s 14 Riverside Drive. The attack lasted 19 hours.

Khalid was the suicide bomber who died first, by detonating a vest before other terrorists followed with bullets and explosives. The first accused is only known by alias Mire Abdulahi, while the second and third are Hussein Mohamed Abdile and Mohamed Abdi Ali respectively.

The investigating officer said the team could not confirm Abdulahi’s true identity because all the documents he produced bore different names including birth certificate, national ID card and passport. The place of birth was also different on each document.

Abdulahi is charged with providing internet service to the attackers, which they used for communication while planning the attack.

He purported that the internet was for a Norwegian Church installed in Dholo, a town in Somalia. Investigations however revealed that the said internet kit was in fact installed in Jilib, 600 kilometers from Dholo.

“Jilib is the known to be the capital of al Shabaab camp, from where they plan most of their activities,” Busolo told court.

The second accused, Abdille, is linked to a Facebook account that was in constant communication with the attackers and other people in Somalia.

The investigating officer says Abdille registered two sim cards to one Isnina, a mentally challenged person in Mandera. The same line was used to open a Facebook account, which assisted one of the attackers to obtain a fake secondary school student identification.

“It is the student ID that the attacker used to travel to Nairobi with, where they carried out the attack. The other line was recovered from one of the terrorists,” Busolo told court.

Ali, who is charged with facilitating an act of terrorism is out on bond. According to the investigating officer, Ali sent more than Sh1 million to Nur, one of five terrorists.

The court heard that there was an explosion before the attackers opened gunfire. One of the attackers blew himself up next to the Secret Garden restaurant. He had been brought by a taxi driver to the scene.

After the blast the remaining four terrorists forced guards to open the gates of 14 Riverside Drive by shooting at them. They also lobbed grenades as they made their way into the complex, setting ablaze some of the vehicles in the parking bay.

The cab driver of the attacker also testified. He told court that he picked up a man dressed in a black blazer and a white shirt at Two Rivers Mall.

"The person wanted to be taken to 14 Riverside and did not ask the price. He simply jumped behind and we left," he told the court.

While on the move, he said the client kept the conversation simple, spending most of his time on the phone.

"He was speaking in a language I assumed was Kisomali, except the last bit, when he asked the person on the other end where he was in English," he said.

The client, he said, alighted before the drop-off point and rushed towards Dusit.

"Even before I could pack, I heard a loud bang followed by multiple gunshots. I left the car and took off, joining the crowd that was running towards the main road," he said.

The hearing will continue on June 6 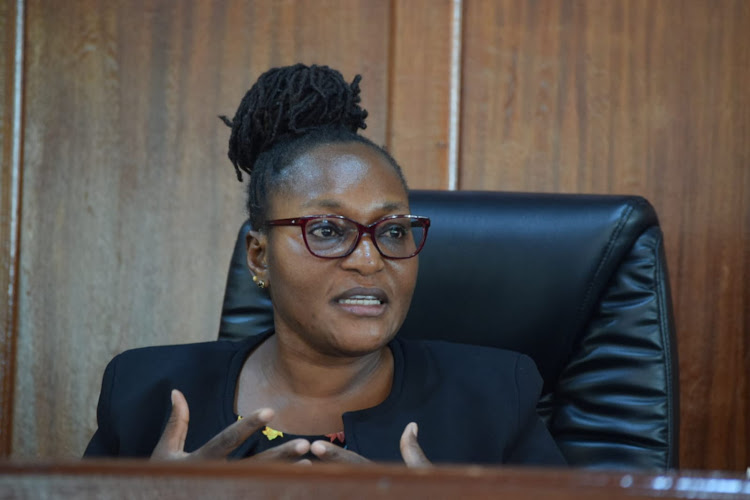 Joel, a witness of the Dusit D2 terrorist attack said his life took a sharp painful turn.
News
1 month ago

Mudavadi's son: How I saved myself during Dusit attack

Lulu is an avid video gamer, who had to implement things he'd watched, to save himself.
News
5 months ago