The personnel have cars, towing cars and motorbikes that they will use in responding to various places of need. 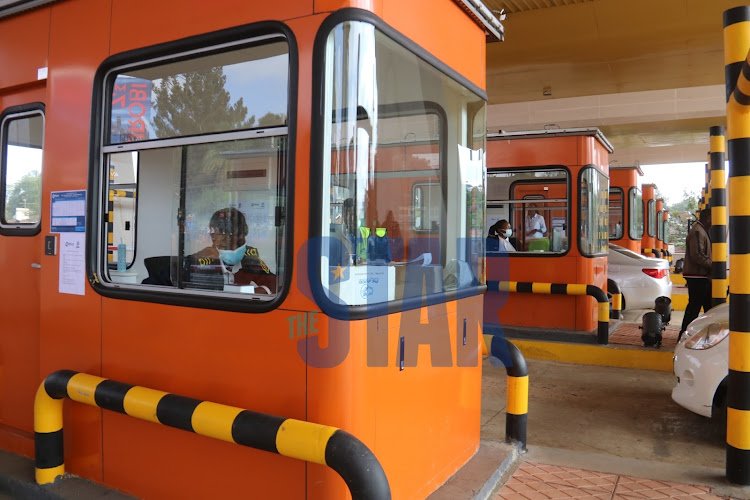 Thirty-five more police officers were deployed to the Nairobi Expressway to enhance operations.

This came as the elevated road started operations at the weekend, with the team saying they registered between 2,000 and 3,000 vehicles using the road in an hour.

The personnel will supplement those already there from the Critical Infrastructure Police Unit who are providing all-around security.

The personnel have cars, towing cars and motorbikes that they will use in responding to various places of need.

The management of the road said up to 11,000 cars had by Saturday registered to use the section and they expect more to register in the coming days.

The Nairobi Expressway is expected to significantly decongest Mombasa Road and reduce travel time between Mlolongo and Westlands to an average of 15 minutes.

The eight-lane elevated dual carriageway, which is among the various infrastructure development projects being undertaken by President Uhuru Kenyatta's administration, created over 6,000 direct jobs and benefitted 200 sub-contractors and hundreds of other local suppliers of building materials such as steel, sand, cement and ballast.

The government launched the construction of the Sh88 billion double-decker road using private investment from CRBC under the public-private partnership (PPP) model and it links Mlolongo, along Mombasa Road, to Waiyaki Way via the Jomo Kenyatta International Airport (JKIA).

The Chinese firm is expected to earn an estimated Sh106.8 billion profit for the 27 years it will own the expressway.

The trial phase of the expressway was launched Saturday and will attract a toll fee paid at the point of exit.

Motorists will pay between Sh120-Sh1,800, depending on the size of the vehicle and the distance covered.

Moja Expressway, a subsidiary of China Road and Bridge Corporation (CRBC), which will operate the road, has provided only cash or electronic card as payment methods.

Motorists can either register to use a manual payment system or install an automatic payment system, which will allow them to go through tolling stations faster.

Those using manual tolling cards must have a national identity card (ID) to register for the card, which will cost Sh300 for the installation service charge and at least Sh1,000 must be loaded in points.

Electronic tolling card users will be required to produce an ID and the logbook of the vehicle being registered and pay a Sh1,000 installation service charge and a minimum of Sh2,000 to be loaded onto the card.

They can as well pay via cash to use the road. No M-Pesa payment will be accepted to reduce congestion at the tolling booths, the firm said amid queries from Kenyans.

Uhuru said the expressway will be open for trial.
InPictures
1 week ago

Uhuru said the expressway will be opened on Saturday on trial basis.
News
1 week ago
WATCH: The latest videos from the Star
by CYRUS OMBATI Chief Crime Reporter
News
15 May 2022 - 10:00