Sonko was forced to leave the event as police lobbed tear gas to disperse the crowd.

• Sonko's vehicles arrived at the Mkomani venue of the rally at around 3.30pm. 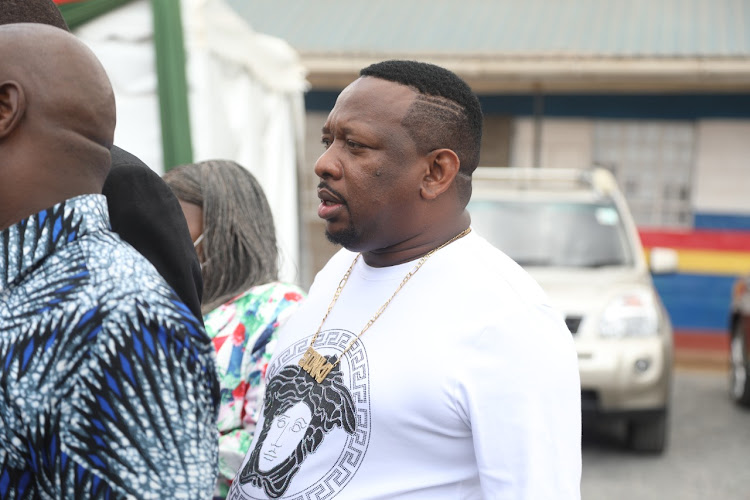 Sonko's vehicles arrived at the Mkomani venue of the rally at around 3.30pm.

Two of his vehicles attempted to make their way to the opposite side of the crowded venue while different aspirants were introducing themselves.

Mombasa Governor Hassan Joho had to interrupt the introductions several times as he addressed the drivers not to move the vehicles.

"Juma, don't move the vehicles. Park them where they are. Where are you going?" Joho kept on asking.

As former Kisauni MP Rashid Bedzimba, who wants to recapture his old seat, stood to speak, the crowd, upon noticing the occupants of one of the vehicles was Sonko, started chanting his name.

Joho tried to calm the crowd down but the noise levels kept on rising, as Sonko's vehicle kept on advancing through the crowd.

All hell broke loose after stones were seen flying amongst the crowd, forcing the police to step in as they fired into the air to try and disperse a section of the crowd that was getting increasingly unruly.

Sonko's vehicles then turned as the crowd scattered.

As most Mombasa politicians tried to ignore the incident in their speeches, Kitui Governor Charity Ngilu took the bull by its horns condemning Sonko for his act.

Without mentioning his name, Ngilu said only an insane person could do such a thing.

"Who can drive a vehicle through a crowd like that? How? Unless you are a mad person, you cannot do that," she said.

She insisted that Raila should be respected.

He noted that Kenya still struggles with Sickness, ignorance and poverty.
News
1 week ago

Promises to end historical injustices if elected president
News
1 week ago
WATCH: The latest videos from the Star
by BRIAN OTIENO Correspondent, Coast Region
News
14 May 2022 - 16:46