Some 200 people from Baringo, Uasin Gishu and Elgeyo Marakwet counties will be examined

• In Kenya, Hepatocellular carcinoma is the 11th most common cancer and the ninth cause of cancer deaths. It is ranked third worldwide in mortality.

• More than 60 per cent of HCC in Kenya is associated with HBV infection, presenting earlier in life and with advanced disease. 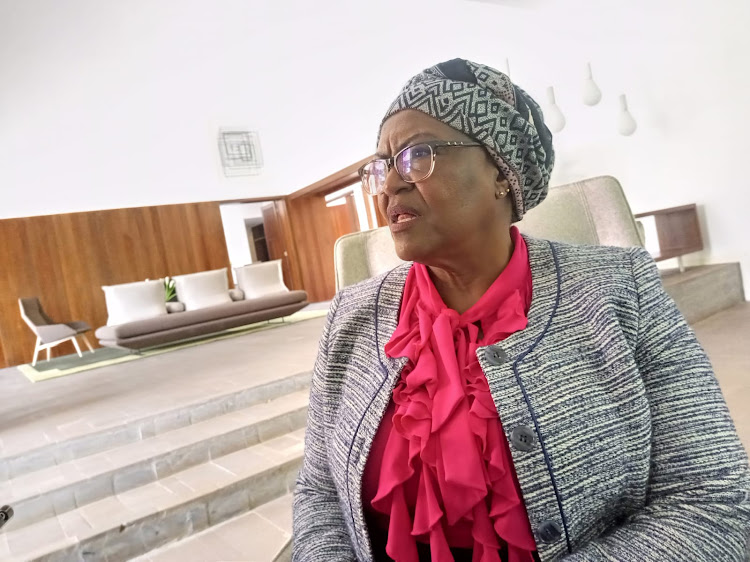 RISK FACTORS: The project supervisor Dr Fatma Some speaking on the research on Wednesday, May 11.
Image: MAGDALINE SAYA

Experts will investigate whether high aflatoxin residue on North Rift cereals is linked to a high prevalence of liver cancer in the region.

This will be part of a two-year research at the Moi Teaching and Referral Hospital.

The study will examine 200 people from Baringo, Uasin Gishu and Elgeyo Marakwet counties.

The three counties were selected based on referral system cases for liver cancer and chronic liver diseases.

The study will be under the supervision of the National Research Fund, the French Institute for Sustainable Development, the Institute of Pasteur and the Peruvian National Cancer Institute.

It will be funded by the French Ministry of Foreign Affairs under the Solidarity Fund for Innovative Projects.

The project will focus on three elements of training and awareness, technology transfer and early diagnosis.

Project supervisor Dr Fatma Some on Wednesday said one of the aims is to identify common risk factors in the regional set up and subsequently give researchers an opportunity for follow up and screen for cancer.

“North Rift is a high cereal area; we grow maize and other cereals. Some of the toxins particularly aflatoxin can be acquired from grain that is not stored properly. Also, because of food insecurity people will use whatever maize they get.

“Once people are exposed to aflatoxin chances of progressing are high particularly if they have another liver injury, so from this we will know if aflatoxin plays a major role,” Some said.

The study findings will enable various stakeholders to come up with interventions that will include advice on how they can store their grains to reduce exposure.

The medic says part of the grain is used in preparing traditional brews leading to double risks of exposure. “Alcohol is another culprit for liver cancer."

"So all this is information we really want to share and we want to scientifically prove that infected maize actually causes liver cancer,” she said.

The risk factors are considered preventable hence highlighting the potential of risk reduction plays a key role in the decrease of the global burden.

Surveillance and early detection increase the chance of potentially curative treatment. However, surveillance is substantially underutilised, even in countries with sufficient medical resources.

In Kenya, Hepatocellular carcinoma, the most common primary cancer of the liver, is the 11th most common cancer and the ninth cause of cancer deaths. It is ranked third worldwide in mortality.

More than 60 per cent of HCC in Kenya is associated with HBV infection, presenting earlier in life and with advanced disease.

Kenya, like most East African countries, is in a medium high HBV endemic zone with a prevalence of more than six per cent.

Although universal HBV vaccination was introduced in 2003, there is a large population of people who remain unvaccinated.

Through the project 200 patients will be investigated during the two year period.
News
1 week ago

The consumer rights lobby says some imported Indomie could be containing aflatoxin.
News
2 weeks ago

Posho mill owners will be required to test maize for aflatoxin

Government urged to subsidise Aflasafe to help fight aflatoxin.
News
10 months ago
“WATCH: The latest videos from the Star”
by MAGDALINE SAYA REPORTER
News
12 May 2022 - 23:00