Ruto said free lunch will increase the retention of pupils in schools.

•Sakaja pledged to implement a school feeding program for over 200 public primary schools in the city if elected as Nairobi's fourth Governor. 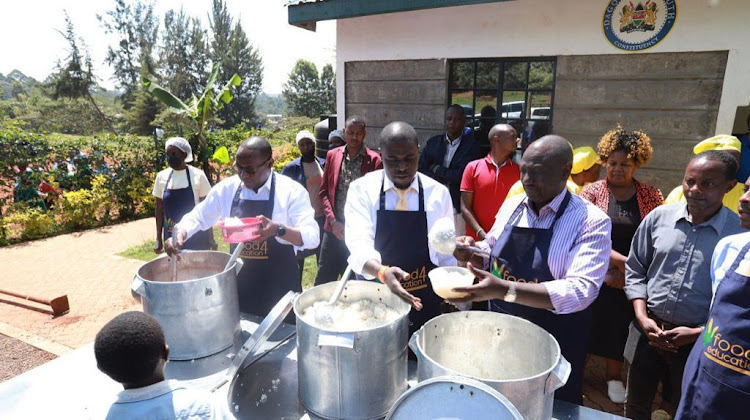 Sakaja pledged to implement a school feeding program for over 200 public primary schools in the city if elected as Nairobi's fourth Governor.

Endorsing the idea, DP Ruto said the Kenya Kwanza government will implement the project in schools across Kenya.

This, he said, will increase the retention of pupils in schools and ensure a better diet for the children.

“It is doable across Kenya. By implementing this programme, our children won't have to go out looking for lunch or even go without food,” he noted.

Ruto was speaking at Mukarara Primary school in the Waithaka area, Nairobi, where a school feeding programme is being implemented by a non-governmental organization Food4Education. 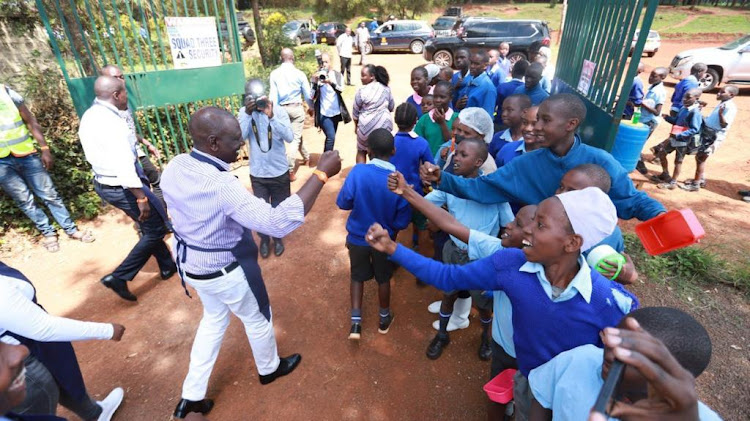 Last year, Sakaja drafted and tabled The National School Lunch Bill, which if passed, will make it mandatory for the government to make quality, low-cost meals available to pupils.

The senator then said he was saddened by the number of children who cannot afford a square meal at home, which affects their concentration and ability to learn.

"When children tell you they want such a basic need as lunch instead of other leisure items, you understand that the situation is dire," he noted.

“Urban poverty bites harder than rural poverty. In the city, you are on your own and that is why it is important we implement it here in Nairobi as soon as possible"

It will be implemented through a public-private partnership where select NGOs will be tasked with serving subsidised nutritious meals to promote the health and well-being of learners.

The programme could be similar to one already being implemented by Food For Education, an organisation that currently provides meals to 33,000 pupils in about 20 schools at a subsidised rate.

The Azimio la Umoja flagbearer says he is still on course in the fight to liberate Kenyans.
News - Page 6
8 months ago