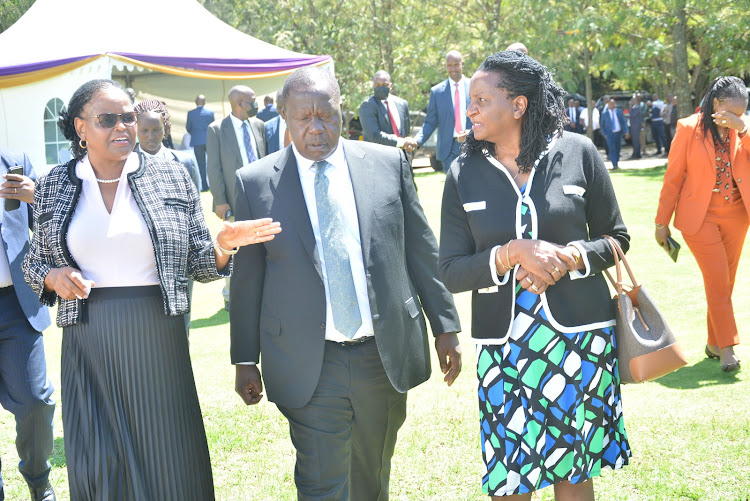 The CJ noted that corruption within the sector has affected the entire criminal justice system and frustrated multiagency’s mutual duty to defend the Constitution.

Koome said with the support of the Ethics and Anti-Corruption Commission (EACC), the Judiciary had engaged in a rigorous anti-corruption audit of the Judiciary and the systems and processes within it.

“In February 2022, the National Council on the Administration of Justice (NCAJ) gazetted a Committee on Anti-Corruption which comprises State and non-State Agency actors mandated to identify the bottlenecks and challenges in the fight against corruption,” she said.

Speaking during the 2nd national conference on Criminal Justice Reforms at the Great Rift Valley Lodge in Naivasha, Koome said the committee was mandated to propose mechanisms to facilitate the efficient and effective investigation, prosecution, and adjudication of corruption cases.

She observed that the avenues and opportunities for corruption were largely a function of distortions of laws, policies, practices, and processes in order to favour personal or private interests.

Koome blamed weak systems and processes for creating loopholes for corruption to thrive and reiterated the need to seal them and eliminate opportunities for graft.

“Pursuit of the enhanced fight against corruption through proactive systemic audit of the Judiciary’s systems and operations is informed by the reality that fighting and winning the war against corruption will not be won by isolated and sporadic acts focused on incidents of individuals caught in the act as it were,” she added.

The CJ observed that the audit yielded a team of dedicated Ethics and Integrity officers linked to the Office of the Judiciary Ombudsman who will extend the anti-corruption work to stations, departments, units, offices and personnel desks until every segment of the institution is corruption proof.

The CJ who was accompanied by Independent Electoral and Boundaries Commission chairperson, Wafula Chebukati, Director of Public Prosecution, Noordin Hajji and Interior Cabinet Secretary, Fred Matiang’i among other dignitaries said the fight against corruption was a joint endeavour by all stakeholders.

The conference brought together different authorities, commission and government departments that play various roles in the administration of justice.

She hoped that through the NCAJ Taskforce on Anti-Corruption, chaired by Madam Dorcas Oduor of the Office of the Directorate of Public Prosecutions (ODPP), more strides towards ridding the Sector of corruption would be achieved.

Koome maintained the Judiciary’s commitment to enhancing human rights in the criminal justice sector by providing alternatives in the form of Alternative Justice System (AJS).

“The use of non-state justice systems such as council of elders, extended family members, nyumba kumi, and religious institutions provide a different and sometimes more effective way to enhance access to justice,” she said.

The Commission has written to President Uhuru Kenyatta for further action.
News
7 months ago