• The commission had initially issued until Monday as the deadline for the parties to comply with the gender rule.

• He noted that there are some political parties that are yet to resubmit their nomination lists due to time constraint, hence the need to extend time for them to do so. 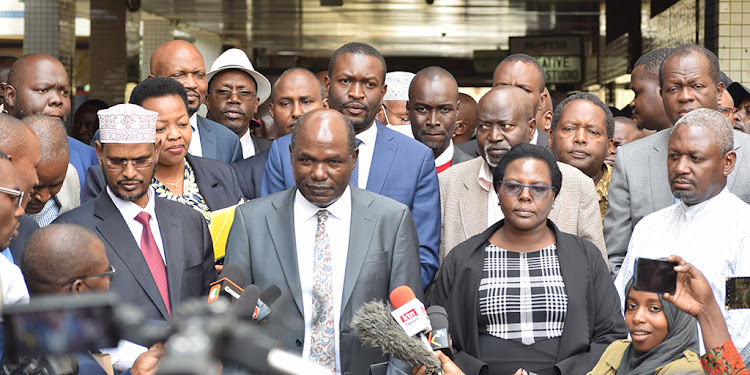 IEBC chairperson Wafula Chebukati has announced that the registered political parties in the country have until Thursday, May 12, 2022, to ensure that they comply with the two-third gender rule.

In a statement on Monday evening, Chebukati said that the commission found out that there was an improvement in compliance with the gender rule as per the Constitution.

He, however, noted that there were some political parties that were yet to resubmit their nomination lists due to time constraints, hence the need to extend the time for them to do so.

"In keeping with the provisions of Article 83 (3) of the Constitution of Kenya, which stipulates that the conduct of the elections should be facilitative, the Commission extends the deadline for political parties to submit their lists of nominated persons to May 12, 2022, at 5 pm," Chebukati said.

The commission had initially issued until Monday as the deadline for the parties to comply with the gender rule.

Chebukati said that there will be no further extension for political parties.

Deputy President William Ruto’s UDA party is among the parties that had not complied with the order by the Monday deadline.

More than 40 political outfits were on the commission’s radar for failing to comply with the rule in their previous lists of nominees for MPs and senatorial seats.

Musalia Mudavadi’s ANC is now revising its list asking all the nominees for MPs and senatorial seats that want to be considered to submit their applications.

Major parties which include the ODM, Jubilee and Wiper also had not adhered to the rule.

The electoral agency warned parties against failing to comply saying they will block them from taking part in the August 9 general election.

Party says there is no law that mandates IEBC to block parties that fail gender test.
News
4 months ago