'Yo! Get up and vote!' rapper tells Kenyans - but many don't care

•"I voted during the last elections but since then, it has been very disappointing because they [the politicians] never kept their promises."

•East Africa's economic powerhouse has been one of the region's most vibrant democracies. But voters are disillusioned after years of broken promises, corruption scandals, and allegations of vote rigging. 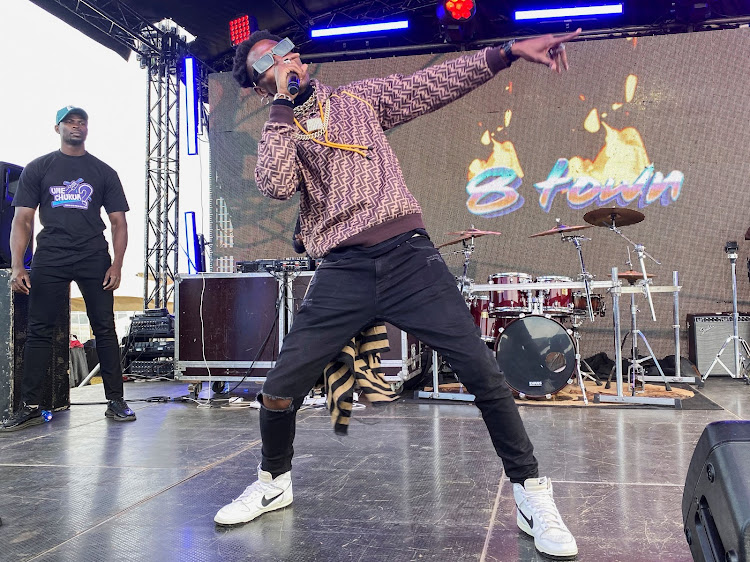 Kenyan rapper and activist Octopizz preforms during a concert promoting registration to vote in the August Kenyan general elections, in Eldoret
Image: REUTERS

A lollipop dangling from his mouth and two silver chains from his neck, Valentine Ndalo threw his hands in the air and swung his dreadlocks as Octopizzo, one of Kenya's hottest artists, rapped about the celebrity high life.

The concert in the western Kenyan city of Eldoret was part of Octopizzo's "Umechukua" campaign, aimed at convincing young people to vote in August elections that will choose a successor to outgoing President Uhuru Kenyatta and thousands of local and national representatives.

Ndalo, a 26-year-old performing artist, isn't interested in the poll.

"I voted during the last elections but since then, it has been very disappointing because they [the politicians] never kept their promises."

East Africa's economic powerhouse has been one of the region's most vibrant democracies. But voters are disillusioned after years of broken promises, corruption scandals, and allegations of vote rigging.

Registration drives have so far netted only 2.5 million new voters, fewer than half of the 6 million targeted, in one of the worst performances since the advent of multi-party democracy in 1992.

Ruto has sought to break Kenya's traditional ethnic voting blocs by appealing to the poor and casting the vote as a "hustler" versus "dynasty" election. Odinga is the son of the country's first vice president and is supported by Kenyatta, son of the first president.

Some voters also fear Odinga - a prominent opposition leader known for his left wing policies - has become the establishment candidate after the president's endorsement.

Apathy may reduce the risk of election-related violence, which has blighted Kenya in the past. In 2007 the country saw clashes that left 1,300 people dead after disputed polls. But others fear there could be trouble and that the disenfranchised may revolt.

Rapper Octopizzo - legal name Henry Ohanga - grew up in the patchwork of rusted corrugated iron shacks of the giant Kibera slum in the capital Nairobi. He sympathises with voter frustration but still pleads: vote!

"There is not any other time they (the politicians) will beg," he said in an interview with Reuters. "This is the most power you will ever have."

Domestic worker Saumu Juma, 26, registered to vote outside the concert.

"I am optimistic my vote will make a difference," she said. "The economy is difficult to bear. There are no jobs."

But few of the 500-plus concertgoers shared her enthusiasm. Only 101 people registered; it wasn't clear how many had already done so.

Voters say some apathy is down to uneven economic growth. The gap between Kenya's richest and poorest is one of the highest in Africa, government statistics show. Rising prices and a severe drought are squeezing poor Kenyans.

"We don't get any benefit," he scoffed.