Growing concerns over the rise of solar e-waste 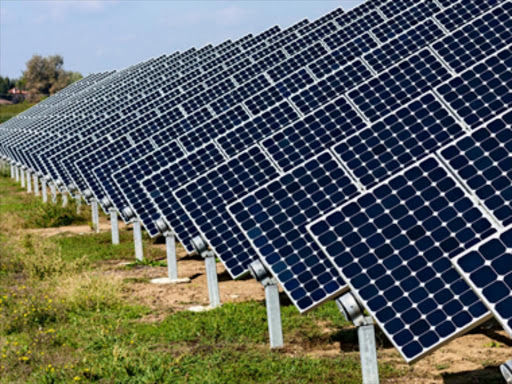 Solar has emerged as a favourite source of power to many home and business owners due to its reliability and low cost compared to electricity.

Environmentalists are however concerned that the solar waste is quickly growing and slowly choking life out of the population.

In 2020, Cafe Deli restaurants launched Koinange branch, which has a solar rooftop. The CEO Obado Obadoh said he installed 96 panels on the roof that covers 250 square metres.

Obadoh said the panels produce close to 264 kilowatts daily if out to use for at least eight hours a day, saving him at least Sh140, 000 per month on electricity bills.

However, Cafe Deli, like many other users, is yet to establish a plan on how they would dispose of their solar waste after use, when their lifespan expires.

"We buy components that have a long lifespan not only because of cost, but to avoid having electronic waste," Obadoh said.

Kenya has witnessed exponential growth in the adoption of solar as a viable energy source.

Buoyed by the government’s VAT exemption on all solar photovoltaic equipment, the country is one of the biggest markets for solar home systems in Africa.

Moreover, the government’s ambitious target to achieve universal access to electricity by 2022 could see the solar industry make a giant leap.

But even as solar is glamourised as playing a life-changing role in enabling access to clean energy, Kenya is likely to be faced with an ever-growing problem of solar e-waste, as all these systems age.

The effort by environmentalists to reduce carbon footprint by using green energy is being dragged backwards by poor management of its waste.

For years now, more than half of electronic waste, according to an approximation by National Environment Management Authority, end up in dumpsites.

This ends up spilling contaminants into water bodies and the air, some burnt in open air.

The component also have a life cycle of between six months and two to three years, while others have a lifespan of up to 20 years; much of which end up as waste.

Solar batteries required to store electricity produced by solar panels so the power can be used at night and on cloudy days contain lead acid, which makes them difficult to recycle.

The solar batteries also pose a threat to the environment if they are disposed of inappropriately.

The centre is an e-waste management company.

The panel, for instance, has mercury that when thrown away leaks into the soil or water on the ground.

“The mercury damages the brain when ingested in foods or water by either humans or animals,” Wambua said.

“Lead in the metal damages the brain and respiratory system, while the phosphorus powder in the fluorescent bulbs is poisonous when sniffed and also blocks trachea system and lead to respiratory diseases."

“Annually we dispose up to 40 tonnes of e-waste, mostly from schools, government agencies, private entities and individuals,” he said.

Very limited information is available on the collection rate of e-waste in the country.

The Global E-waste Monitor 2017 said e-waste is one of the fastest-growing waste streams in the world, and worse, toxic and non-biodegradable.

"E-waste is growing at 3 times the rate of municipal waste worldwide. The lowest amount of e-waste per inhabitant was generated in Africa at 1.9 kg/inch," the report said.

A United Nations Environment Programme report estimates that the amount of e-waste generated in Kenya is 11,000 metric tonnes (mt) every year.

Africa generated 2.2 mt of e-waste, and with current data, only four kilotonnes were documented as collected and recycled which is less than one per cent.

Wambua said recycling would be the best way to manage e-waste in the country. However, there are only very few e-waste recycling companies in the world, notably in Dubai and Belgium.

Companies in the country that provide e-waste management include Safaricom, WEEE Centre, Sinomet Kenya Ltd, Sindmud and the Communication Authority of Kenya.

African countries are taking note and adjusting their power strategies.
News
10 months ago

They will also help reduce air pollution and slow down climate change
Counties
11 months ago
Post a comment
WATCH: The latest videos from the Star
by Akello Odenyo Court Reporter
News
06 May 2022 - 22:00
Read The E-Paper