Ruto spoke during the burial service of Late President Mwai Kibaki in Othaya.

• Ruto noted that the departed president stood with him together with President Uhuru Kenyatta when they were facing ICC cases as a result of the 2007 post-election violence. 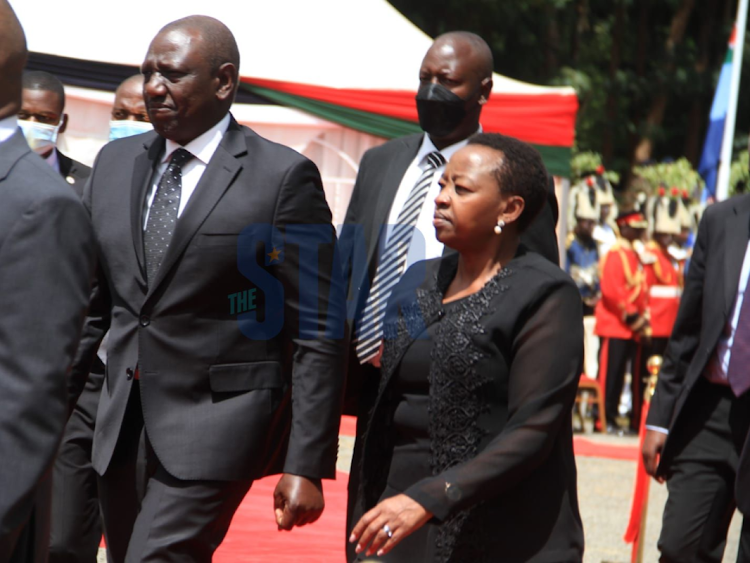 Ruto mourned the late Kibaki as a perfect example of his bottom economic model, thanks to his journey to the top

"From this Kanyange village in Othaya, Kibaki managed to accomplish many things. He became a great scholar, economist, leader and of course a great president and a father of the nation," the DP said.

"If there is a demonstration of bottom-up, we can learn from Mwai Kibaki. We must be inspired by president Mwai Kibaki. We must keep the doors of opportunity for many more children in this village and many other villages in Kenya to be great in their nation if they work hard and pray."

The second in command also celebrated Kibaki as a father of modern-day Kenya saying he planted the seeds that have become the greatest transformation of our infrastructure.

The DP said it is Kibaki's initiative in the boda boda industry that saw several youths self-employed through the services they offer with their bikes.

"Even as he thought about the big infrastructure projects, President Mwai Kibaki did not forget the ordinary people. That is why under Kibaki he made sure motorbikes were zero-rated. Today, it is a sector that hires close to 1.4 million people."

On a personal level, Ruto noted that the departed president stood with him together with President Uhuru Kenyatta when they were facing ICC cases as a result of 2007 post-election violence.

"When President Kenyatta and I were in trouble over ICC, President Kibaki stood with the US as a father figure."

On agriculture, Ruto said it is Kibaki's wisdom that saw the prices of fertilizers reduced from Sh5,000 to about Sh2,500.

In an apparent swipe at the handshake deal between President Uhuru Kenyatta and ODM leader Raila Odinga,  the DP said: "Let us make sure that the election will be peaceful and that it will not be necessary to have a handshake, we owe it to President Mwai Kibaki as we send him off".

"In my view, Kibaki had the knowledge and experience that were needed for the revolution of the country,"
News
2 months ago