She leaves the incumbent governor Francis Kimemia as Jubilee candidate.

• This now leaves the incumbent Governor Francis Kimemia as the candidate for the Jubilee Party.

• She was seeking to oust Kimemia on a Jubilee party ticket. 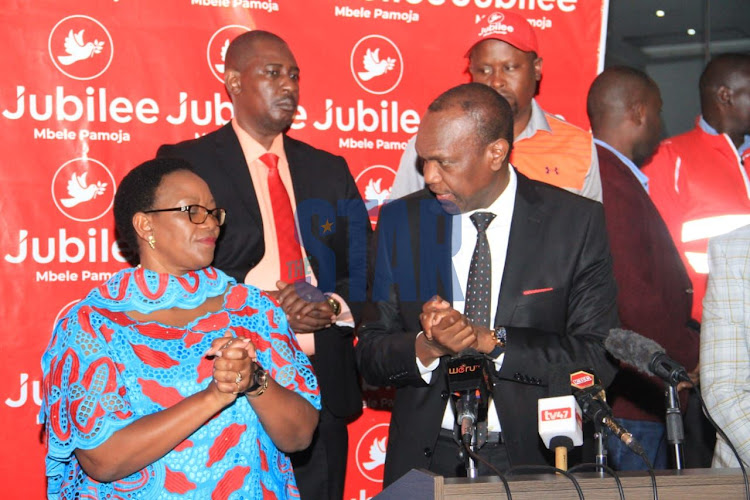 Former Water Cabinet Cabinet Secretary Sicily Kariuki has announced that she is out of the August 9 race for Nyandarua governorship race.

She made the announcement on Thursday at the Jubilee party headquarters in Nairobi.

"I took this bold decision after consulting widely and listening to the people of Nyandarua who asked me to present myself as a candidate for the upcoming Nyandarua gubernatorial election," Kariuki said.

Kariuki was accompanied by her husband Zabby Kariuki.

"After reflection, I suspended my candidature to vie as the governor of Nyandarua."

This now leaves the incumbent Governor Francis Kimemia as the candidate for the Jubilee Party.

She was seeking to oust Kimemia on a Jubilee party ticket.

She said that her decision came following the deadline for the party to finalise the nomination process and submit the names to the IEBC.

"There comes a time when a nation is more important than an individual. This is where I have found myself from last week, that we have been caught up with a stalemate and a looming deadline for the party to submit the party list to IEBC." 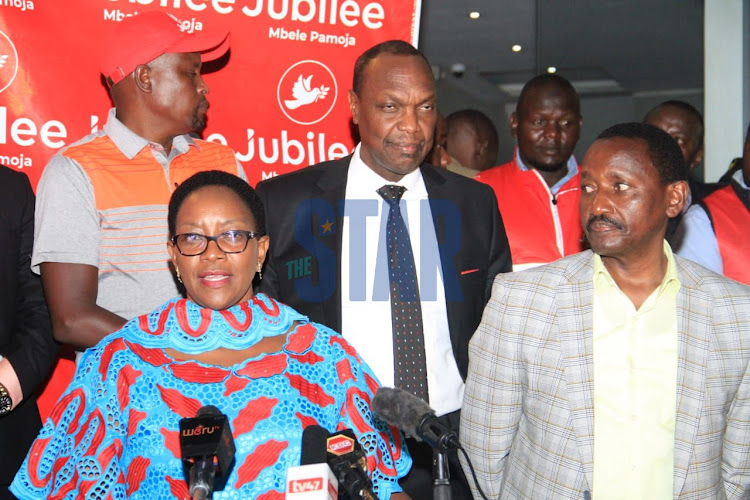 Former Water and Sanitation Cabinet Secretary Sicily Kariuki with her husband Zabby Kariuki when she announced her withdrawal from Nyandarua governorship race at the Jubilee Party headquarters on Thursday, April 28, 2022.
Image: EZEKIEL AMINGA

The Jubilee National Director of Elections Kanini Kega, and the party secretary general Jeremiah Kioni were among the party officials who accompanied Kariuki as she made her announcement.

The party had handed over the party ticket to Kimemia.

While campaigning for her candidature, she said that if she will be elected, her administration will tackle the issues of infrastructure and unemployment among youths.

The former CS claimed the county has about 97 per cent of youths who aren't employed yet they're educated.

Sicily is seeking to oust the incumbent governor Francis Kimemia on a Jubilee party ticket.
Counties
6 months ago