Among those appointed are Hon Dennis Waweru and Big Ted.

• Uhuru has also appointed seven ambassadors who will serve as Deputy Heads of Missions and four officials to the post of Consul-General. 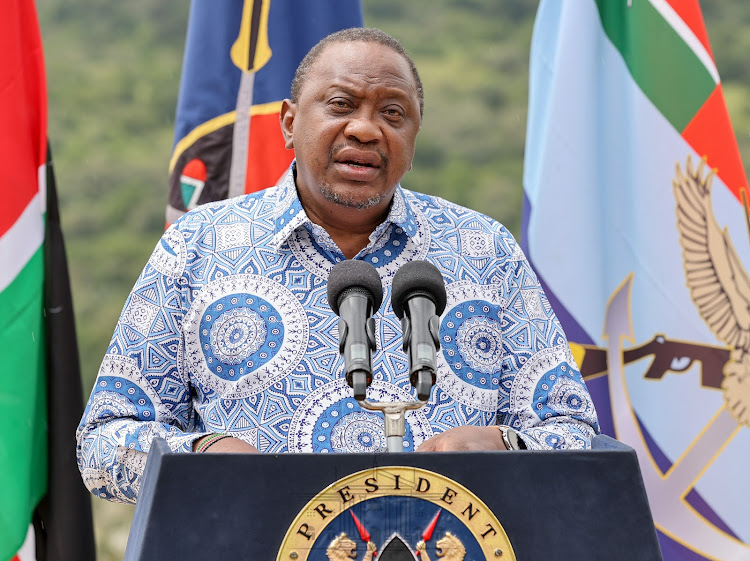 President Uhuru Kenyatta during the press briefing while delivering his new year message to Kenyans on Thursday, December 31, 2020.
Image: PSCU

Uhuru has also appointed seven ambassadors who will serve as Deputy Heads of Missions and four officials to the post of Consul-General.

At the same time, the president has appointed an Ambassador and Special Envoy for the Maritime and Blue Economy.

He further promoted six senior Foreign Service Officers to the rank of ambassador.

Among those appointed is Hon Dennis Waweru who is now the consul general of the Democratic reppublic of Congo and Tomas Kwaka Omolo, alias Big Ted who will now be consul-general Los Angeles, United States of America.

Other appointed include former ICT permanent secretary Bitange Ndemo who will be the ambassador of the Kingdom of Belgium and the National Assembly clerk Michael Sialai who is now the high commissioner of the Republic of Namibia.

Zakayo will serve for a period of three years.
News
2 months ago

This will be Mugenda's second term in the same capacity where she will serve for three years.
News
2 months ago
“WATCH: The latest videos from the Star”
by KEVIN CHERUIYOT Online Journalist
News
22 April 2022 - 15:40