Ochieng’ said Azimio parties are only united at the presidency.

• The ODM boss is facing a delicate balancing act weighing how to deal with small parties in his backyard eating into ODM’s dominance in the area. 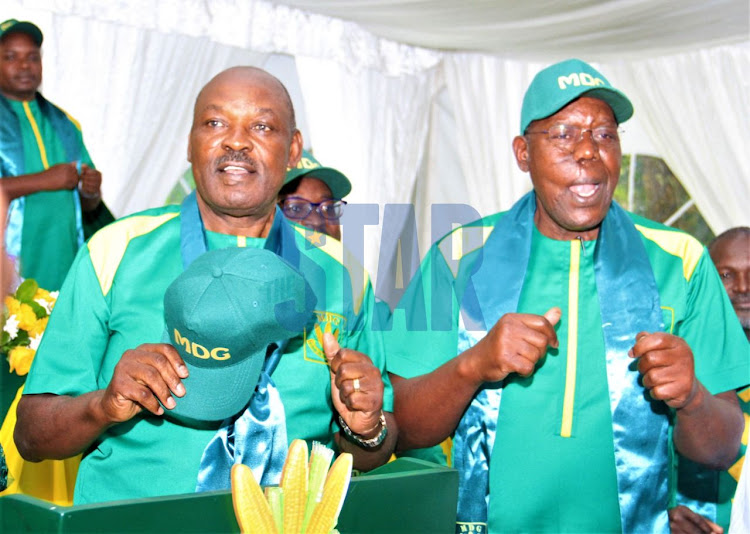 Pressure continues to pile on Azimio Presidential hopeful Raila Odinga to abandon his call for six-piece voting pattern, especially in his Nyanza backyard.

Movement for Democracy and Growth (MDG) party leader David Ochieng’ on Thursday called for accommodation of all Azimio affiliated parties without any discrimination.

The Ugenya MP said the Azimio parties are only united at the presidency but must be ready to battle for the lower seats.

“We want Raila win president in Azimio, and have all MPs in Azimio. So six piece is for Azimio, not political party because we are a house of so many parties,” Ochieng’ said.

Raila has been rallying his Nyanza backyard to vote six-piece all ODM candidates in what he argued is the only way of ensuring that the Orange party claim its rightful position in the coalition.

The ODM boss is facing a delicate balancing act weighing how to deal with small parties in his backyard eating into ODM’s dominance in the area.

In 2019, Ochieng’ running on the little known MDG snatched the Ugenya Parliamentary seat from ODM in a by-election.

On Thursday Ochieng’ insisted that giving the Azimio parties equal chance will be beneficial to Raila’s presidency as it will mean higher voter turnout as each outfit will be rallying supporters to come out and vote for its candidates.

The MDG leader was speaking in Nairobi when he issued nomination tickets to a number of party’s nominees for various elective positions.

Raila said he is duty bound to promote ODM, especially in his backyard.
News - Page 7
5 months ago