• Voting is taking place in 1,653 polling stations with 5, 000 battling for the 880 slots to participate in the August 9 general election.

• The chairman held that the exercise, being carried out in 128 constituencies spread across 36 counties has so far been successful. 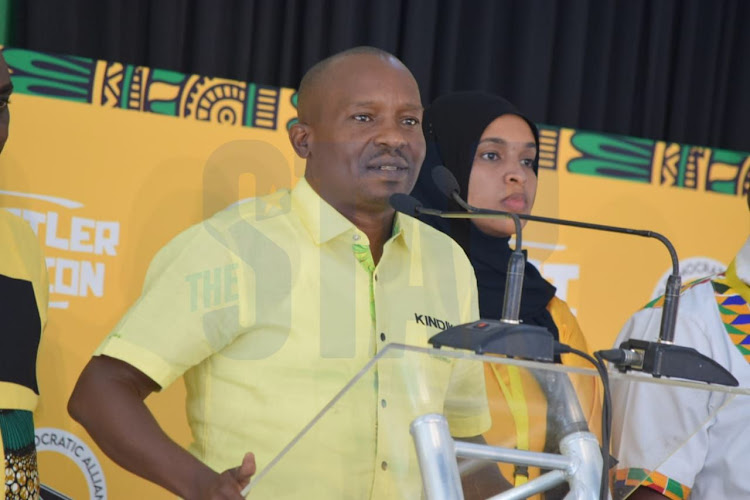 UDA National Election Board now says that violent incidences witnessed in some areas across the country in the ongoing primaries are isolated cases even as it sent a stern warning to aspirants sponsoring such acts.

This even as the board announced that the voting exercise was disrupted for two hours in Marakwet East after bandits attacked party members, killing one person and injuring five people.

One person is still missing.

"We urge the Kenya police to move and arrest the suspects, " NEB chairman Antony Mwaura said.

The chairman held that the exercise, being carried out in 128 constituencies spread across 36 counties has so far been successful.

The chairman warned that the party will not entertain any violent acts, adding already UDA disciplinary committee is investigating a number of incidences.

Mwaura added that aspirants aggrieved with the process or outcome of the exercise should exploit mechanisms available within the party.

"They can file their cases with the complaints committee and they will be heard immediately," he said.

Voting is taking place in 1,653 polling stations with 5, 000 battling for the 880 slots to participate in the August 9 general elections.

Tharaka Nithi senator Kithure Kindiki said the exercise has surpassed their expectations in terms of success but held that the party will be firm on aspirants or agents who perpetuate the chaos.

"Even the general election conducted by IEBC has its own challenges," he said.

The senator said that the party's disciplinary committee was investigating all violent incidences reported.

"The job of tallying and announcing results is vested in the returning officers, " he said.

Ruto has, however, assured UDA aspirants that the primaries will be free and fair.
News
1 month ago

UDA party held its nomination exercise across the country on Thursday.
News
1 month ago
“WATCH: The latest videos from the Star”
by JULIUS OTIENO Journalist, Political and Parliamentary Reporter
News
14 April 2022 - 19:33