Rains will fail in the Eastern Africa region for the fourth consecutive season.

• Gebeyehu said the situation has been worsened by conflicts, the impact of Covid-19 and macroeconomic challenges.

• Casazza said countries must start investing in long-term resilience to protect their people and their livelihoods. 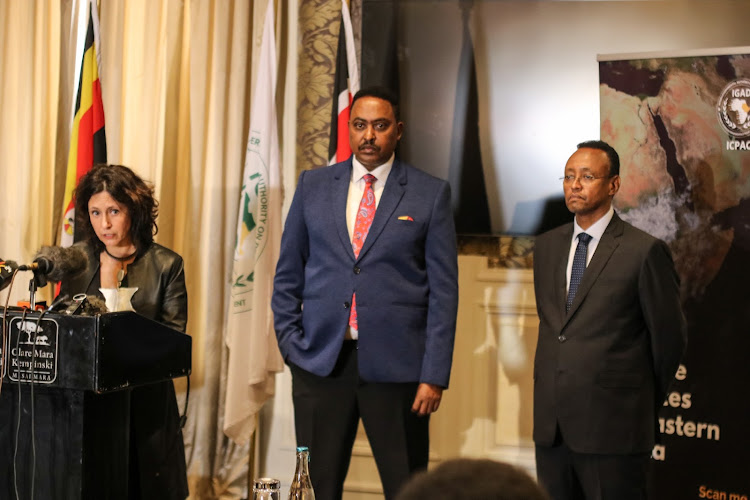 The number of Kenyans going to bed on an empty stomach has reached 3.5 million and is still increasing.

On Monday, Intergovernmental Authority for Development warned that the number will rise since there is a prediction that rains will fail in the Eastern Africa region for the fourth consecutive season.

IGAD executive secretary Dr Workneh Gebeyehu said Ethiopia, Kenya and Somalia have had a drought of a length not experienced in the last 40 years.

"The situation is dire," he said.

"The March-April-May rains are crucial for the region and, sadly, we are looking at not just three, but potentially four consecutive failed seasons."

Gebeyehu said the situation has been worsened by conflicts, the impact of Covid-19 and macroeconomic challenges.

"All this combined has led to acute food insecurity in the affected areas of the region," he said.

Drought in Kenya has plunged 23 counties into crisis, which the government has declared a national disaster.

The forecast by the Kenya Meteorological Department for the March-April-May 2022 long rain season showed that enhanced rainfall was expected over the Highlands West of the Rift Valley, the Lake Victoria Basin, Central and South Rift Valley. The prediction had a 35 per cent probability.

The forecast said rain was also expected in the northwest, the Highlands east of the Rift Valley, including Nairobi, and the southeastern lowlands.

The March-April-May rain season is important in Kenya as it is the time farmers plant.

Gebeyehu said the Food Security and Nutrition Working Group, co-chaired by IGAD and FAO, estimates that more than 29 million people are facing high levels of food insecurity across the IGAD region.

"Already, between 15.5 million-16 million of our sisters and brothers are in need of immediate food assistance due to the drought. This is six million-6.5 million in Ethiopia, 3.5 million in Kenya, and six million in Somalia. In the southern-central part of Somalia, the situation is catastrophic, with 81,000 people at risk of famine," he said.

IGAD is calling on member states, donors, and humanitarian partners to increase their emergency response in the affected countries immediately to avoid further worsening of the humanitarian crisis.

Gebeyehu said livelihood programmes must be scaled-up to protect farmers, agro-pastoralists and pastoralists.

Dr Artan said the severe shortage of water and pasture has led to poor food production, significant losses in livestock and wildlife, and a rise in resource-based conflict in the region.

Artan said their early warning systems and indicators show the situation might worsen in the coming months.

Casazza said they are worried about the grave situation in Africa.

"The situation will worsen and there is no time to waste," she said.

Casazza said countries must start investing in long-term resilience to protect their people and their livelihoods.

"We need to give back the dignity of the people to withstand this crisis. There is a need to respond," she said.

Casazza challenged wealthy countries to fulfil their annual pledge of Sh10.1 trillion to support mitigation and adaptation to climate change in developing nations.