Some 17 youths are being held by the police over the attack.

• Some 17 youths are being held by the police over the attack that has attracted widespread condemnation. 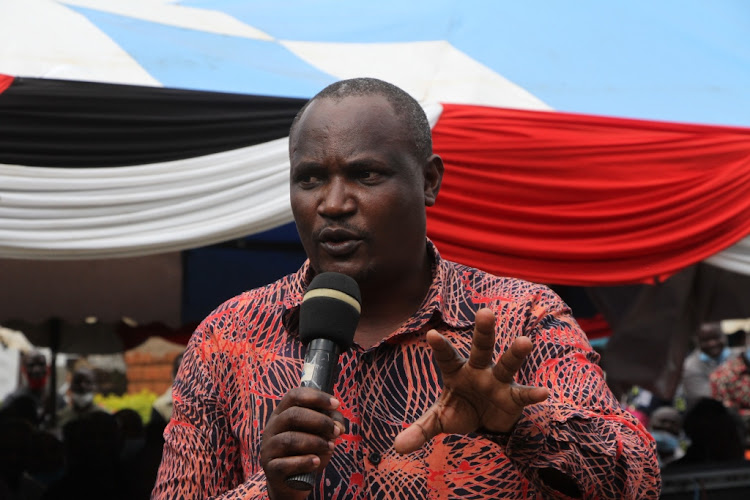 “I have come to the conclusion that the youth who attacked Odinga were not ordinary people picked at random by the wayside and deployed,” he said.

Addressing a press conference in his Parliament office, the National Assembly Minority leader said the attackers appeared to have undergone security training and drills.

While appreciating the speed at which the investigating officers responded to the attack, he said there was a need to dig deeper into the crisis especially now that the country is months away from elections.

Some 17 youths are being held by the police over the attack that has attracted widespread condemnation.

The youth were arraigned on Monday but the court-ordered their detention pending investigations.

On Sunday, two MPs – Oscar Sudi (Kapseret) and Caleb Kositany (Soy) – Uasin Gishu speaker David Kiplagat were questioned by the detectives in Nakuru after they were linked to the attack.

Mbadi accused a section of politicians whom he claimed were using anger as a campaign tool.

“They are mining desperation of the youth for votes. That anger mixed with equipping the youth with paramilitary skills could be extremely toxic and dangerous,” he said.

He said the police should not only explore the money and communication trail between the MPs implicated in the attack and the other suspects and the youth.

“The security officers have to go further and establish the movements of these youth and the leaders over the past year or so. I believe we are into something much more vicious that is being assumed,” he claimed.

They had been summoned by the head of investigations to shed more light on the matter.
News
1 month ago

He will appear before the detectives on Tuesday.
News
1 month ago
by JULIUS OTIENO Journalist, Political and Parliamentary Reporter
News
05 April 2022 - 19:08